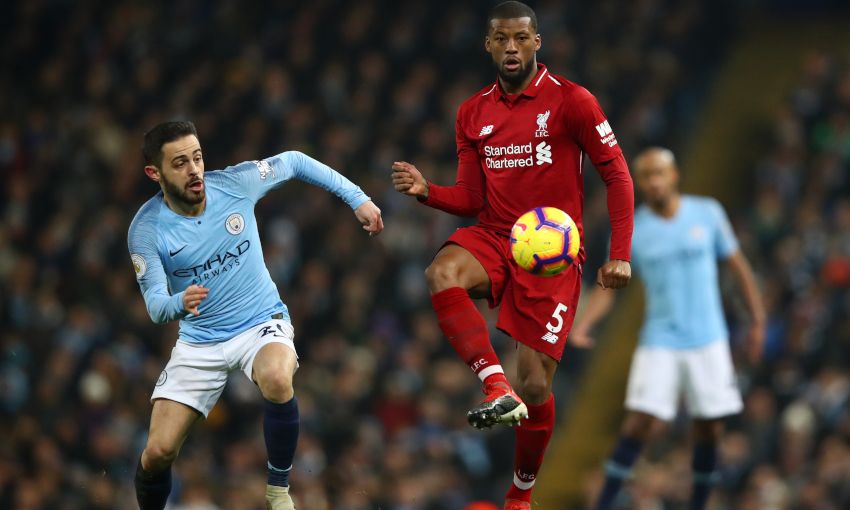 Georginio Wijnaldum called on Liverpool to not allow their 2-1 defeat by Manchester City to dent the confidence that carried them to the Premier League summit.

The Reds were beaten for the first time in the division this season on Thursday night as goals from Sergio Aguero and Leroy Sane gave the hosts three points.

Roberto Firmino had levelled the score at 1-1 before Sane’s winner and the visitors pressed for another equaliser that would not materialise on an evening of fine margins.

“I think we did enough to get a point and we could have won it also,” Wijnaldum told Liverpoolfc.com after the final whistle at Etihad Stadium.

“We were quite unlucky with the chances but we also could lose it – like we have now. We just have to keep the confidence and try to win the next game.

“They cleared well and we hit the post. They also had two or three chances so it could have gone either way; we could have won, drawn or lost. At the end, we were unlucky and they won the game.”

Only a remarkable passage of play prevented Liverpool from striking out in front on 18 minutes; Sadio Mane nudged a shot against the post and John Stones recovered to hack the ball off the goalline when his own clearance hit Ederson and sailed towards the net.

Both sides forged chances throughout, with Alisson Becker superbly denying Aguero at one end and Ederson thwarting Mohamed Salah at the other as the minutes ticked away.

And Wijnaldum accepted that fixtures of such magnitude are always likely to be decided by the small details.

“We knew before it would be a hard game and we would have to give everything to win the game,” said the Netherlands international. 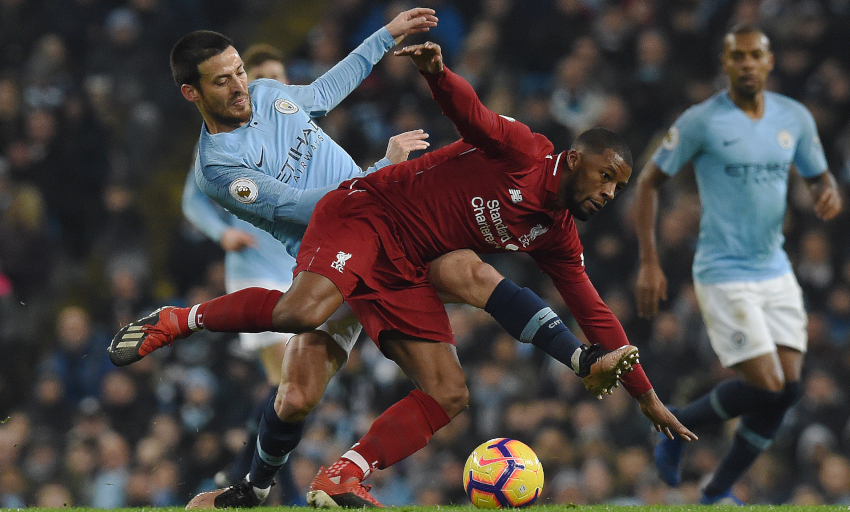 “A few games this season we were lucky we have scored goals, and tonight we were quite unlucky with the chances that we had. That’s football.

“Sometimes you have games where you score a lot and score with every chance that you get – and sometimes you don’t. What we have to do now is to keep our confidence and win the next game.”

The result in Manchester reduced the Reds’ lead at the top to four points with 17 matches remaining – but Wijnaldum insisted nobody in the squad is paying attention to the table at this stage.

“What we are trying to do is not look at the table – where we are standing and how much we are clear – because we can only control our own performance and we can’t control the performance of [others] and their results,” he said.

“We are only concentrating on our own thing; try to win our games, try to give everything and then we will look at the end of the season where we stand.

“We weren’t busy looking at the table before and we are not going to do it this time.”