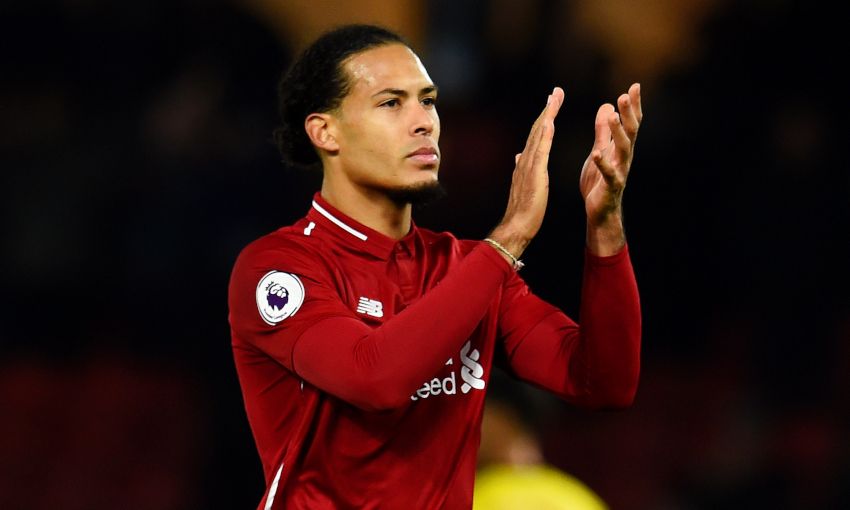 The bench is not a familiar place for Virgil van Dijk and nor does he want it to be.

Liverpool’s No.4 has missed just one match in all competitions this season and played all but 35 minutes in the Premier League and Champions League.

His calm authority at the back helped the Reds navigate a tough run of fixtures during December in flawless fashion, winning eight out of eight.

The demands continue with a top-of-the-table tussle against Manchester City on Thursday night - and Van Dijk has no desire to slow down.

“I don’t need to rest. Everyone wants to play every game,” he said.

“It’s not like you want to sit on the bench or be in the stand. I just go with it. As long as I’m fit and feel all right then I just keep going and playing.”

A thrilling 5-1 victory over Arsenal on Saturday continued Liverpool’s unbeaten Premier League streak and consolidated their position as leaders.

There’s a seven-point gap to reigning champions City before the top two sides face off at Etihad Stadium.

Van Dijk played down any suggestion of the clash representing a decisive moment in the title race but pledged the Reds will be ready to make their mark in Manchester.

“We can now focus on the City game. Before we didn’t do that. Arsenal had been playing pretty well this season so we had to stay focused on them, not think about City,” said the defender.

“We have finished 2018 now pretty well and hopefully we can keep that going.

“City is a game that we want to win. It will be very hard, very tough, but for them as well. It’s going be a good match, but it is not a decisive game or something like that. We are not going to treat it different to any other.

“We will be prepared for a very tough game. Confidence is definitely here, but it can change over a couple of games. We won’t get carried away. We need to keep doing what we have been doing.

“There will be setbacks, as there always is in life, but it’s how you react and so far we have been doing pretty well.

“There are things to improve, but we are top of the league, still in the Champions League, and we are doing well, we just need to keep going.”