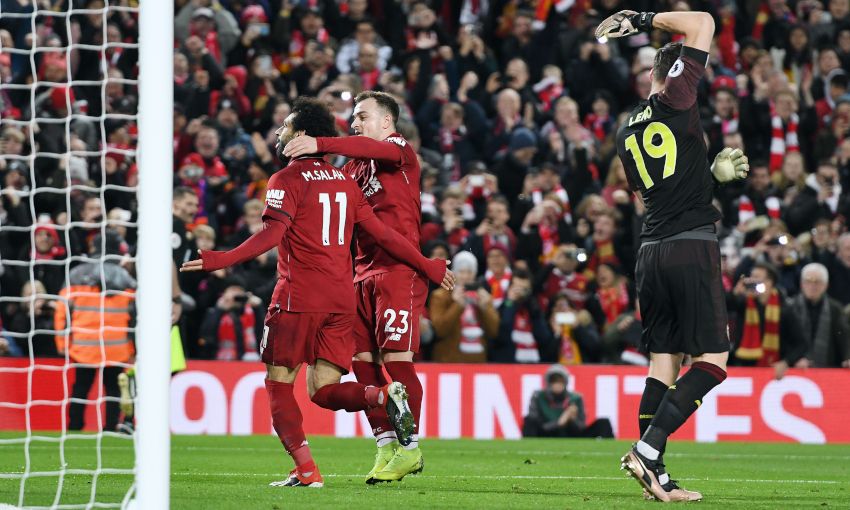 Liverpool moved further clear at the top of the Premier League with a thrilling 5-1 victory over Arsenal on Saturday evening.

In the Reds’ final outing of 2018, they brushed off the concession of an 11th-minute goal to storm into an unassailable lead by half-time through Roberto Firmino’s double and strikes from Sadio Mane and Mohamed Salah.

And it was left to Firmino to add the final flourish with his hat-trick goal from the penalty spot in the second half.

Firmino had scored six goals this season before Arsenal’s visit but none in the league at Anfield, with his last in the division on home soil coming back in April.

But all that changed in exactly 90 breathless first-half seconds.

The Reds, trailing to Ainsley Maitland-Niles’ opener, shrugged off only their eighth concession of the Premier League campaign to seize control through a Firmino double.

If the first came through a huge slice of luck as the No.9 pounced on an unfortunate Gunners clearance with yet another no-look tap-in, the second was a thing of pristine beauty. 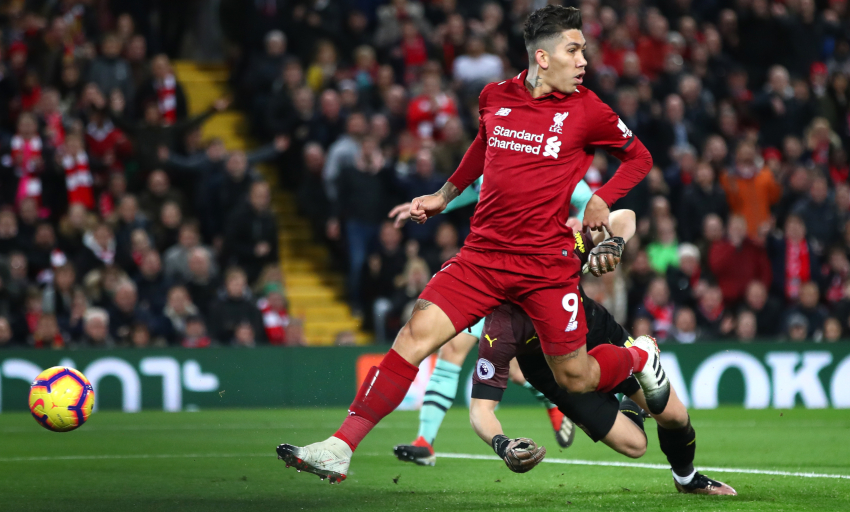 Firmino coolly stepped around and through a series of challenges at the edge of the box before planting a clinical left-footed finish past Bernd Leno to overturn Liverpool’s deficit in the blink of an eye.

And, with Salah handing over spot-kick duties in the second half, the 27-year-old sealed a sublime treble in front of the Kop.

The Brazilian has made a habit of punishing Arsenal since joining the club – only Robbie Fowler (nine) has scored more against them for Liverpool in the Premier League than Firmino (eight).

The Reds’ success over the Gunners means Jürgen Klopp’s men end 2018 with a points-per-match total of 2.38 in the Premier League across the calendar year.

That tally is the highest in club history.

The result also extended Liverpool’s unbeaten streak in the league at Anfield to 31 games – since a defeat by Crystal Palace in April 2017.

The Reds have completed a 20-game run without a loss since the beginning of the season for only the third time and the first in 30 years.

Having scored and assisted against Newcastle United earlier this week, Salah achieved that double once more, creating the third for Mane before winning and converting a penalty for Liverpool’s fourth strike in first-half stoppage-time.

It was the 10th time the Egypt international has recorded a goal and assist in the same Premier League game since the start of last season – only Neymar (11) can better that tally in Europe’s top five leagues.

Salah – who concludes 2018 with 28 goals for his club in 35 league appearances in the calendar year – is now level with Pierre-Emerick Aubameyang and Harry Kane at the top of the division’s scoring chart with 13.

When Klopp’s side lost at Paris Saint-Germain in their final fixture of November they had no choice but to quickly regroup for eight matches in December.

In addition to their Premier League duties and ambitions, the Reds’ Champions League aspirations were on a knife-edge with a must-win tie against Napoli.

But what they have achieved in the past four weeks is flawless. 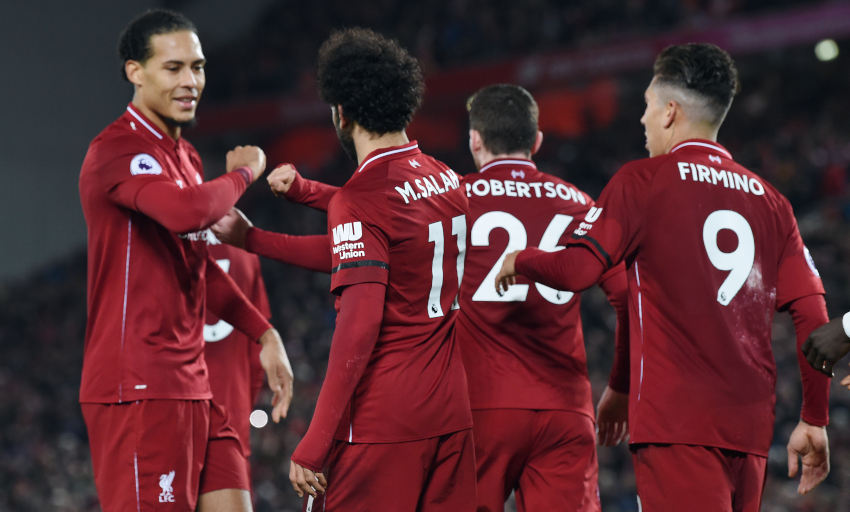 The Reds therefore sit at the summit in England and are safely into the Champions League last 16 with a tie against Bayern Munich to look forward to in 2019.

That’s the lead at the summit of the Premier League for Klopp’s men this evening.

Tottenham Hotspur’s defeat by Wolves earlier on Saturday left the door ajar for Liverpool to increase the six-point advantage they established on Boxing Day.

And they grasped that opportunity with both hands by beating Arsenal for the third consecutive season at Anfield.

Manchester City have a chance to reduce the gap when they journey to Southampton on Sunday, before the Reds face the reigning champions in an Etihad Stadium showdown on January 3.