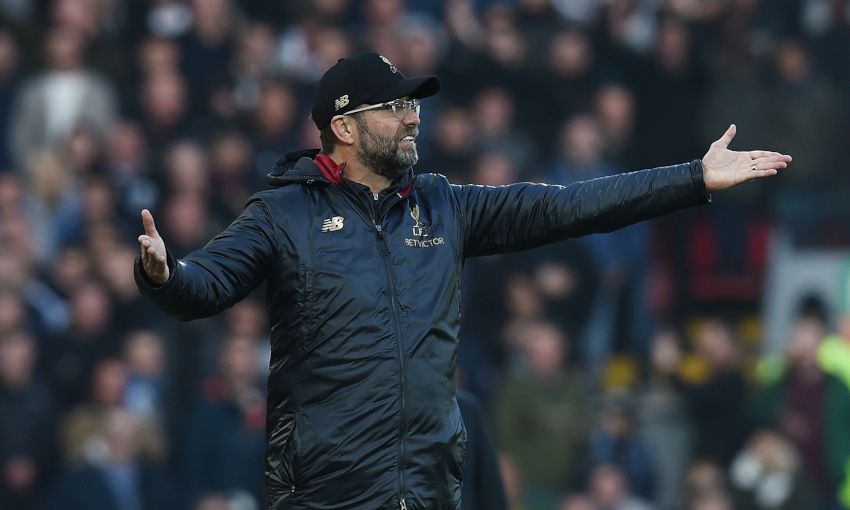 Jürgen Klopp insists Liverpool have plenty to improve when they host Arsenal on Saturday despite his side opening up a six-point lead in the Premier League.

The Reds were made to work hard during the first half of their Boxing Day clash with Newcastle United, with Dejan Lovren’s driven finish the only difference between the teams at the break.

The victory, coupled with Manchester City’s defeat by Leicester City, moved Liverpool further clear at the league’s summit – but the manager struck a note of caution with the Gunners coming up this weekend.

“Arsenal are in a good moment; they have a fantastic team and a fantastic manager, so that will be really difficult,” Klopp told Liverpoolfc.com.

“A completely different game, of course. If we let them counter-attack like we did [against Newcastle] I don’t think we have a chance because they are really strong in that. So we have to improve so many things.

“But on the other hand, we have 51 points and that’s unbelievable. We played the first part of the season unbeaten – that’s all good and we feel it, it feels really good.

“We’ve created that basis and now we have to work with it. What we did so far, we will do again and again and again. We’ll really be completely focused on the next game.

“We need tunnel vision, all of us, being in the situation – dig in and try to make the best of each game. Then we will see where it leads us to.”

Watch: Highlights of the win over Newcastle