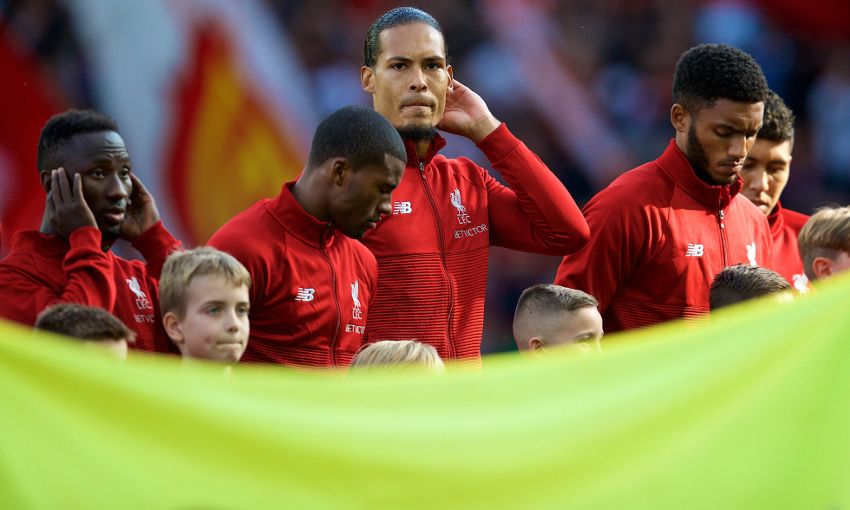 In the final chapter, Virgil sums up his first year as a Liverpool player and explains why his bond with the supporters is something he treasures...

As I mentioned earlier, it feels like I’ve playing at Liverpool for years. This year has flown past so quickly, but my family and I have enjoyed every bit of it. Already there have been so many good memories that I’ve made in such a short period – but there are so many things we want to achieve with this group, this club. We need to keep going.

The boss revealed recently I had been voted as the third captain by the players, after Hendo and Millie. That is such a big honour – and for it to have been voted for by the players is incredible. It’s not something I work for but if you get the recognition and if the manager agrees with it, then it’s something you cannot take for granted. You need to enjoy it, you need to be really proud of it – especially for such a big club like Liverpool.

A lot of legends have worn the armband for Liverpool so it’s very special; when I put it on, it’s a proud moment for me and my family to wear it for such a big club, such a historical club with so many legends and great people, it’s something amazing.

I definitely feel the bond we have with the supporters. It’s about being normal. We’re not better than anyone else. We are all human beings and the manager is also putting that out as well. He has been loved by everyone and I think it is because he has been himself. As a player, he will give you his honest opinion and be straight with you. It’s who he is. With all the players we have now, we’re trying to make sure everyone is doing that as well and being as normal as they can be. We are not better than anyone else as human beings.

I’m obviously aware of my song the fans have created for me. It’s brilliant. Like everyone else, I first saw it on Twitter. Now I’ve heard it in the last few games. It means a lot to me and to have such a great song already is fantastic. It’s recognition of how things have been going and I am very proud to have a song. I can’t tell you how great it is to hear my name being sung in the stadium.

I have a good relationship with the fans and I see their comments on social media from time to time. I think the key is just to be normal, just be yourself, and things will be fine. For a club like Liverpool, you need to give your blood, sweat and tears on the pitch and if you do that then I think you will be adored because you’ve done everything possible to win the game. If you don’t win the game, which is possible, then you can’t get the blame. If you make mistakes, it happens, but if you still give everything then I think the fans respect that. That’s the thing you need to do anyway.

It feels like it is an exciting time at Liverpool – and hopefully it will prove to be that as well. We still need to show it on the pitch, but it feels good at the moment. What’s important is we need to keep going; we cannot be satisfied with what we have right now because we have nothing at the moment. We need to keep going, stay humble and work hard. Looking at ourselves is the most important thing as well.

Other than the disappointment of losing the final, it has been a fantastic journey for me here so far. I have enjoyed every bit of it, I have enjoyed every game. There are some games you lose, and I am sad and angry, I don’t want to talk to anyone, but after that you have to learn from it and make sure it doesn’t happen again.

Since I have been here, I have had some fantastic moments with this team. With the help of all my teammates, the staff and the fans, I believe it can only get better and hopefully we are going to achieve amazing things with the group for all the fans supporting us throughout the world.

<<Making improvements | Back to start>>