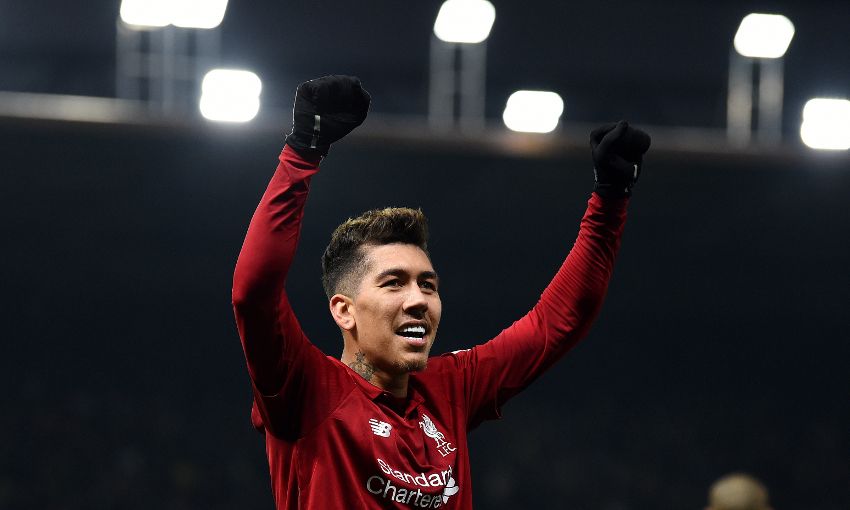 Roberto Firmino is confident Liverpool can maintain their flawless December form for the rest of a month the Brazilian considers 'decisive'.

The Reds have won each of their five matches in the period so far, with successive Premier League victories over Everton, Burnley, Bournemouth and Manchester United sandwiching a crucial success over Napoli in the Champions League.

Jürgen Klopp’s table-topping side have three more fixtures left in 2018; Friday night’s trip to Wolverhampton Wanderers is followed by Anfield clashes with Newcastle United and Arsenal.

And Firmino believes Liverpool can – and must – continue that hot streak in the next fortnight to ensure their objectives for the campaign remain achievable.

“December is always a special month in the Premier League,” he said. “There are a lot of games and it is often a decisive month in terms of the championship. This is a very important month for Liverpool.

“Of course it’s very difficult to stay unbeaten in this league. We’ll only do it with hard work. That’s what we’ve been doing until now, including going back right to the start when we came back for pre-season.

“We need to keep focused and fighting until the end to reach our goals and see where that gets us by the end of the season.

“This team has lofty ambitions and aims high. We are going for titles, we are a big club, we are always fighting for trophies. We’ll continue playing well, the way we are, and we’ll see where it gets us.”

Klopp was fulsome in his praise of Liverpool after Sunday’s 3-1 victory at Anfield, a result which extended his team’s unbeaten start to the Premier League season to 17 games.

The manager was rewarded for his decision to introduce Xherdan Shaqiri in the second half against United as the Switzerland international’s double turned a draw into three points. 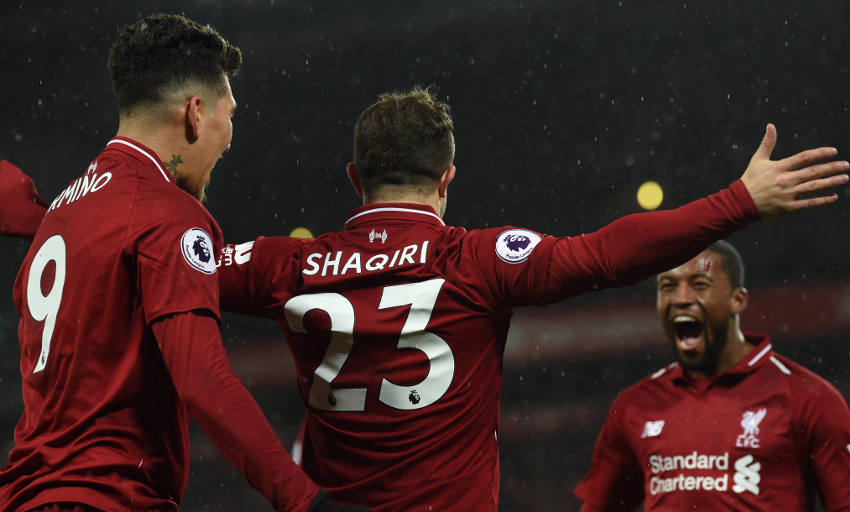 Firmino revealed the strength of the influence Klopp’s enthusiasm and leadership has on the players.

“Playing for him is a really joyful experience. I love it, as do the rest of the team. We’ve learned so much from him since he arrived and we’ve only got better,” said the No.9.

“He is what you see in public: the passion, the father figure. And he’s also got ambition to win titles and give his best and, as players, we can only win with what we learn from him.

“I hope that we can achieve something soon but we are just starting out. There is a lot of football still to play.”