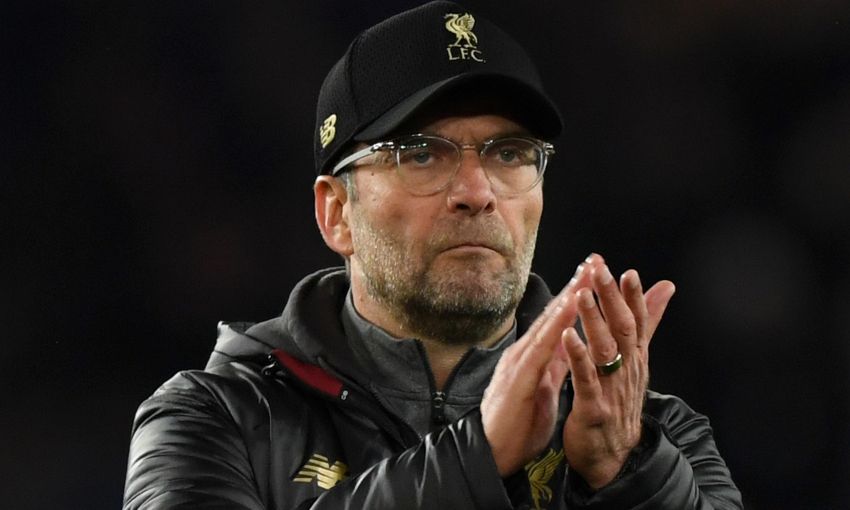 Jürgen Klopp believes Liverpool can embrace the emotions that come when they face Manchester United and use it to their advantage this afternoon.

The Reds welcome Jose Mourinho’s side to Anfield aiming to secure a first league victory over their old rivals since 2014.

Klopp acknowledges fixtures such as today’s carry added historical significance, but feels it can be harnessed in a manner that aids his team’s quest for three points.

He wrote in this column for the official matchday programme: “Liverpool versus Manchester United is not a fixture that requires any hype or build-up. Merely saying the fixture out loud is enough to capture its importance.

“For both clubs it is the ‘next game’, but I think we would all be kidding ourselves if we tried to suggest it wasn’t an occasion that means a little bit more. I have never been one to shy away from games that really matter to the supporters.

“Yes, three points are three points whoever they are available against, but these sort of matches produce emotions and memories that are so valuable. It makes sense I think to try to embrace it.

“For the players, my staff and I, we absolutely need to keep focused on the job to do and the game that is to be played. We need to recognise that performing well and working hard are essential. We need to not abandon the processes that have served us well until now. We need to do all the things we do for the other 18 home games during a league campaign.

“But it is possible to do all that without ignoring what the fixture means. It’s a matter of take from the moment what helps you. Positive emotion helps – positive energy helps – we saw this on Tuesday night.

“Without question, our players embraced what was at stake and performed with that extra wind in their sails. The element of games like this that make it harder, is that you do not play in isolation.

“Lined up against us today is a squad of 18 world-class players, with equal desire, who are led by one of the most successful managers in the modern game. Their team and squad is packed full of players who are conditioned to perform on the biggest platforms. Anfield is centre stage for the football world today.”