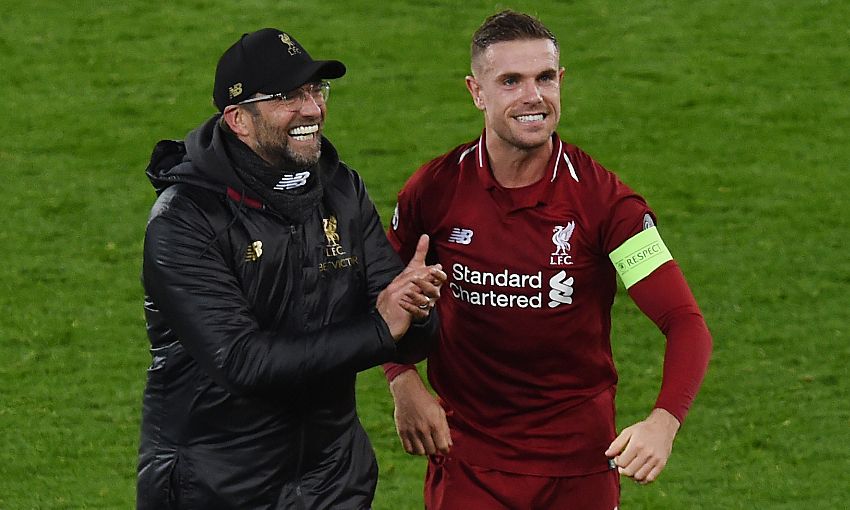 Jordan Henderson has called on Liverpool to maintain their winning combination of defensive solidity and attacking firepower when they tackle Manchester United on Sunday.

The Reds took top spot in the Premier League last weekend by increasing their unbeaten streak since the beginning of the season to a 16th game with a 4-0 victory at Bournemouth.

Henderson and co have only conceded six goals in the league, with a greater control and resolve providing the platform for Liverpool’s best ever start – 42 points from 48.

That record will be challenged by arch-rivals United at Anfield and Henderson insists the current situation in the table has little to no influence on their 201st meeting.

The captain spoke to Liverpoolfc.com ahead of the game and you can read the Q&A in full below…

You achieved the important result you needed on Tuesday night. How helpful will it be to now park the Champions League for a few months and focus on the league?

It was a big night midweek and a big boost for us to get through to the next round. But now it’s done with, we move on quickly. We’ve got another huge game on Sunday that we quickly turned the focus to. I’m sure we’ll be ready. We don’t have to worry about the Champions League for a few months. We take it game by game anyway so it doesn’t really matter too much. But you can put all your energy into the league and FA Cup over the next few months and park the Champions League until February.

You have been part of two or three Liverpool teams that have gone close to success through attacking firepower. Is there more control throughout this side?

We have defended very well – we’ve got a lot of clean sheets this season. To win trophies, you need to have that really, along with the attacking power and goals we’ve got. So far, it has been a good combination and we need to keep that going for the rest of the season if we want to do something really special. So far it has been good – hopefully it can get better, we can keep improving and keep winning games.

There has been a lot of discussion about Liverpool changing style this season. What is your sense of it?

We play the way that we play – I don’t think it has changed too much. We have controlled [matches] and maybe become more mature as a team in certain instances in games, where we have controlled the game a lot better, with the ball and even without the ball. I can definitely see that the maturity has helped us win games and keep clean sheets. But our style of play is there for everybody to see. We’re still an exciting team to watch, we want to be at a high intensity level. We want to score goals as well as defend well, that has never changed. The maturity in certain games has been much better this season.

Does that maturity come with having a lot of experience spread throughout the team?

There are a lot of leaders in the group and there is a lot of experience in big games as well. That helps, of course. The group has got so many good players in it, a huge squad. The lads that haven’t been playing have been coming in and doing a really good job as well – everybody is fighting for their place and I think that can be really healthy if you use it in the right way. So far, we have. Hopefully we can continue that. 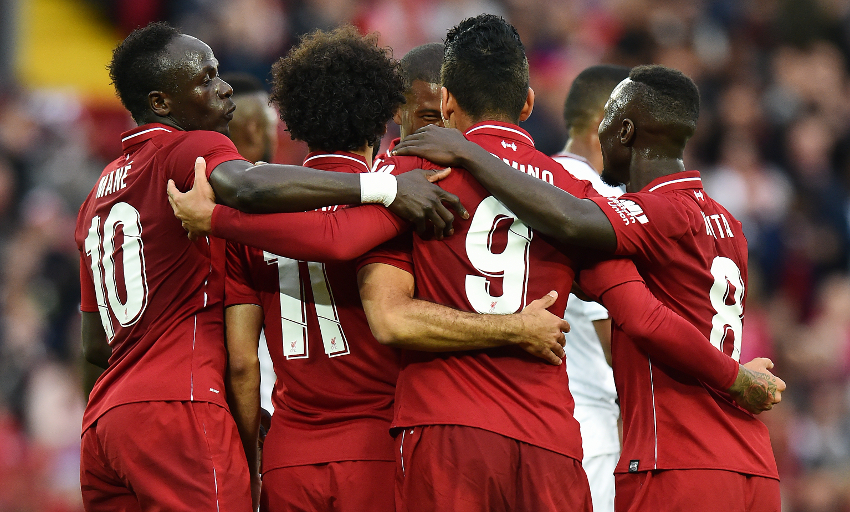 You have played United 16 times as a Liverpool player so far. Does it still have a special edge?

It has got a special edge to it with the rivalry and the history of the clubs. It’s a massive game. But at the same time you’ve got to focus on what’s important; it’s about doing the job like we have been for the majority of the season, going out and performing to a very high level, and concentrating on our performance rather than anything else that comes with it. If we do that, we’ll have a good chance of winning.

Does the gap between the sides in the table have any relevance for the game?

I don’t think it matters, to be honest. Of course we feel we’re in a good moment, we’re very confident. But that can change very quickly in football so you’ve got to keep on a very high level. United will think it’s the perfect opportunity to come here and kick-start their season. We’ve got to make sure that doesn’t happen. It’ll be a tough game, like it always is against United – they’re a good side with many good players. As a team, we’ve just got to focus on what’s important: that’s our performance level and to keep doing the things we’ve been doing.

Liverpool haven’t won in the last eight league games against United. How do you go about changing that form?

It’s about focusing on what’s important. It’s not a great record against them over the last few years but it’s a different year, different teams and different players. A lot has changed since the last time we played them. For us, it’s another opportunity to go out and win a football game.

The next match after this will be your 300th appearance for the club. How do you reflect on that?

I don’t look back, not yet. I’ve got plenty of time to do that when I finish. For me, it’s about looking forward and keeping going. I’ll keep improving and keep working hard, doing my best for the team to help the team become successful. That’s all I think about.