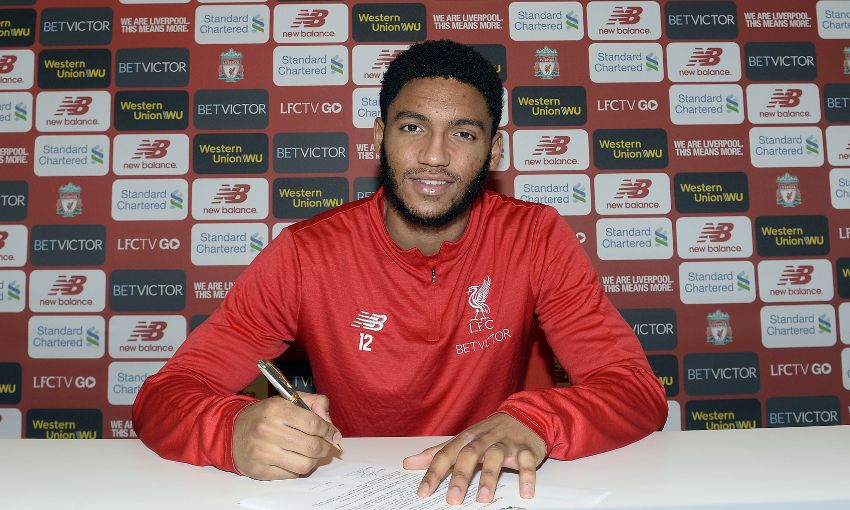 The 21-year-old committed his future to the Reds by putting pen to paper on a fresh deal at Melwood on Monday morning, extending his three-and-a-half-year stay with the club.

Gomez told Liverpoolfc.com: “Signing this new deal means the world to me.

“I’ve been at the club a few years now and have had the pleasure to play for Liverpool and experience what that means, so I am delighted to get the chance to extend my contract here.

“I love the club, I love playing and learning here, and I am happy for that to continue.”

Gomez originally arrived on Merseyside from Charlton Athletic in the summer of 2015.

He’s since made 59 appearances for the first team and earned international honours with England having cemented his place as one of the brightest defensive prospects within the game.

However, Gomez has been forced to battle back from injury setbacks along the way, most notably in October 2015 when an anterior cruciate ligament injury sustained while in action for the Three Lions’ U21s kept him out of action for exactly a year.

“There have been a lot of highs and lows, it’s my fourth season now and every one has been different,” he continued. “Obviously I would like to have had a few less setbacks along the way, but it has all been part of my journey – one that I have loved and embraced. I have learned so much.

“There have been good times on the pitch as well. Hopefully that can continue. I am learning under a great manager and great coaching staff and have all the tools around me to keep progressing and learning. I am looking forward to it.”

Gomez is currently facing up to another spell on the sidelines due to a lower-leg fracture picked up against Burnley last week, though thankfully he’s set to return sooner rather than later in the New Year.

And the No.12 is relishing the prospect of playing a key role in helping bring silverware back to Anfield over the coming years.

“All the signs show where the club is heading, where our team is heading,” he stated. “We got so close last year in the European competition and in the league this year, we’ve shown such good character in the start to the season so far.

“[It’s] our best start ever as club, so that shows if there is ever a time to have belief in the club and where we’re going, it is now.”