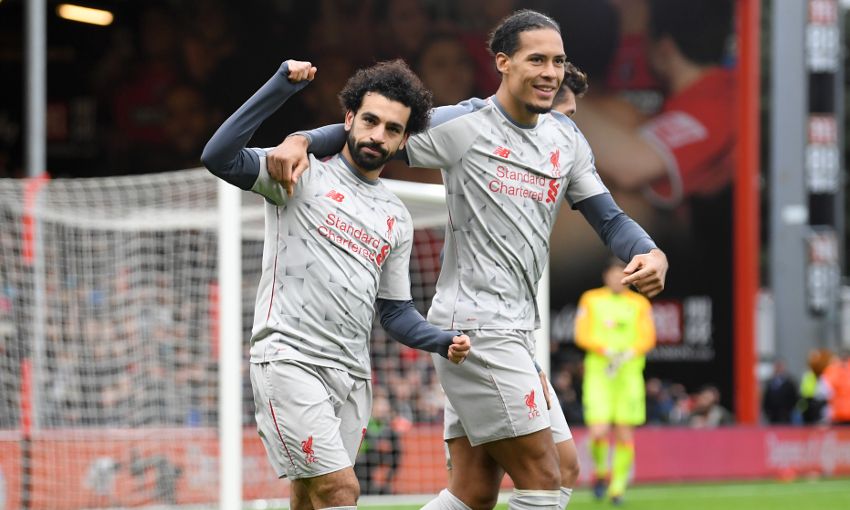 Liverpool racked up a 16th consecutive unbeaten game in the Premier League with a controlled 4-0 win at Bournemouth on Saturday.

Mohamed Salah’s double either side of half-time established an advantage that was added to by Steve Cook’s own goal midway through the second period and a third from the Reds’ No.11.

Here are five talking points from the victory…

The Egypt international became the first Liverpool player in history to score in three successive games against the Cherries, when he pounced on a rebound from Roberto Firmino’s long-range bobbler.

Salah’s unerring finish past Asmir Begovic on the follow-up also eased the No.11 up to double figures for the season so far, consolidating his position as the Reds’ top scorer in 2018-19. 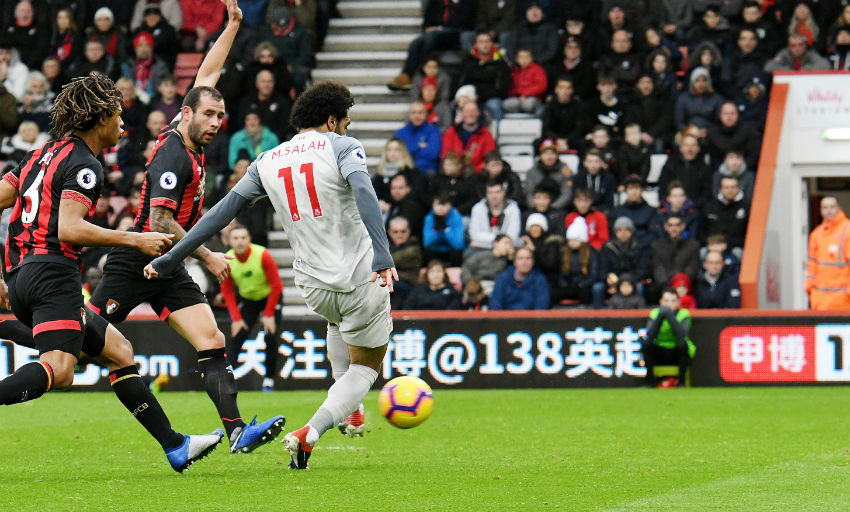 It was the seventh time in this Premier League campaign that the forward has set his side on the road to victory with the opener.

And on this occasion he was pivotal to sealing the points too, completing a hat-trick after the break with a pair of incisive dribbles and strikes.

Since joining the club at the beginning of last season, Salah has been directly involved in 56 Premier League goals (42 goals and 14 assists) – 13 more than any other player in the division.

James Milner became the 13th player to reach the landmark of 500 Premier League appearances as he captained Liverpool at Vitality Stadium.

The versatile Englishman, who added right-back to the list of positions he has been deployed in by the Reds on Saturday, is the second-youngest man (at 32 years and 338 days) to achieve the feat, behind only Gareth Barry.

This was his 111th league appearance for Liverpool since a free transfer switch in the summer of 2015; he is one of only four players to have clocked up a century of PL games for three different teams.

Alisson Becker has exhibited a wide range of skills during his early months at Liverpool, from stunning saves to calm distribution to launching counter-attacks.

Ahead of the trip to the south coast, he was described as ‘a really exciting package’ by Jürgen Klopp – and we saw something new from the Brazilian against Bournemouth. 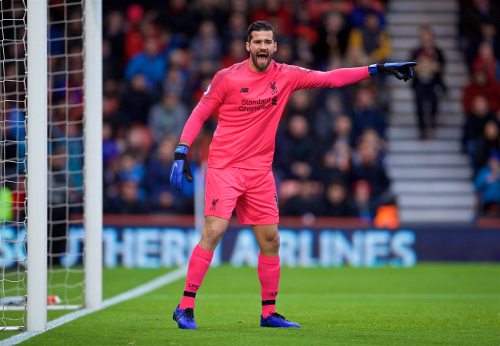 With the visitors a goal to the good in the closing minutes of the first half, Joshua King threatened to pounce on a dropping ball at the edge of the area – only for Alisson to rush out and emphatically head well away from danger.

The No.13 chalked up his 10th clean sheet in the Premier League already by shutting out the Cherries.

(Almost) faultless in the first half

The interval arrived at Vitality Stadium with Liverpool’s clean sheet intact and extended a remarkable run of first-half defensive performances in the Premier League.

Klopp’s men have only conceded once in the opening 45 minutes of a league match this term: Eden Hazard’s strike in the 1-1 draw with Chelsea at Stamford Bridge in September.

That shutout was preserved until the final whistle on the south coast and consolidated their position as the side with the best defensive record in the league.

In the previous two rounds of Premier League fixtures, reigning champions Manchester City played one day before Klopp’s charges and won to stretch their lead at the summit.

This weekend, however, it was Liverpool who went first in the lunchtime kick-off and laid a marker with their 13th success in 16 unbeaten matches.

The win lifted them one point above City – temporarily, at least – before Pep Guardiola’s side’s meeting with Chelsea at Stamford Bridge later in the day.