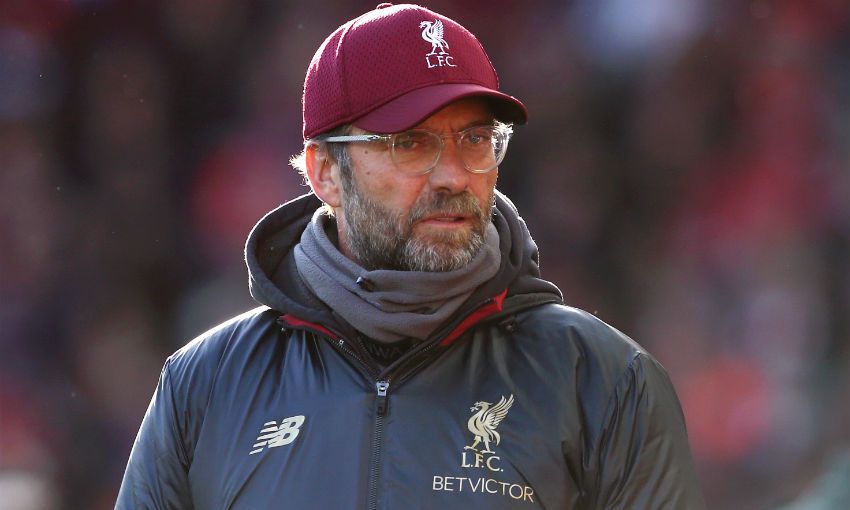 The Reds’ hopes of qualifying from Group C were dealt a blow with a 2-1 defeat to Paris Saint-Germain at Parc des Princes earlier this week.

Klopp, though, does not believe that the disappointment of that loss has resulted in negativity within his squad ahead of Sunday’s clash with Everton at Anfield.

“If you would have let us play a game immediately after the game on Wednesday, we would have played - in the best case against the same opponent again, that was the overall feeling,” the manager said on Friday.

“We are used to that. We knew before that at the weekend we play Everton. I don’t think we need an extra portion of motivation because we lost to Paris and because of the things that happened there on the pitch. In the moment when you sign a contract for Liverpool you understand 100 per cent the responsibility for these games, that’s how it is.

“Nobody has to tell you, you know it. Everybody knows about these derbies - players want to be part of it before they join the club, so that’s what we want to use, and of course, the crowd and Anfield as well. It’s at 4.15pm, so it is a good time, dark already, right? Yes, perfect.

“Everything is there that we need so let’s go out there and fight for each yard, that’s the plan. Of course they were important but they were different games in the past, when it was clear Everton will be very passive, would try to stay deep and all that stuff.

Indeed, Klopp has seen evidence over the last couple of days to suggest his team have re-focused as they bid to extend their unbeaten start to the Premier League to 14 matches.

“It never happened so far, so I am not afraid about that. We have another two days of sessions to have a look but so far it didn’t look like it, that’s how it is,” he replied, when asked if he had sensed lingering frustration at Melwood post-Paris.

“But that’s all, we cannot always carry the last game into the next game. If you can use it, do it. If you win 5-0, what do you use? You use the confidence of the 5-0 or do people maybe misunderstand and only be at 80 per cent for the next game?

“That’s always the challenge we face but my judgement can only be based on what I see on the pitch in the training ground and so far, the reaction was like I expected.

“The players were of course frustrated about the result, parts of our performance. It was a very intense game for both sides. The second half was good enough to get something there, that’s how it is, but we didn’t get it. Unfortunately as a professional football player you need to be used to that because it happens from time to time.”

Klopp on LFC squad fitness ahead of derby>>