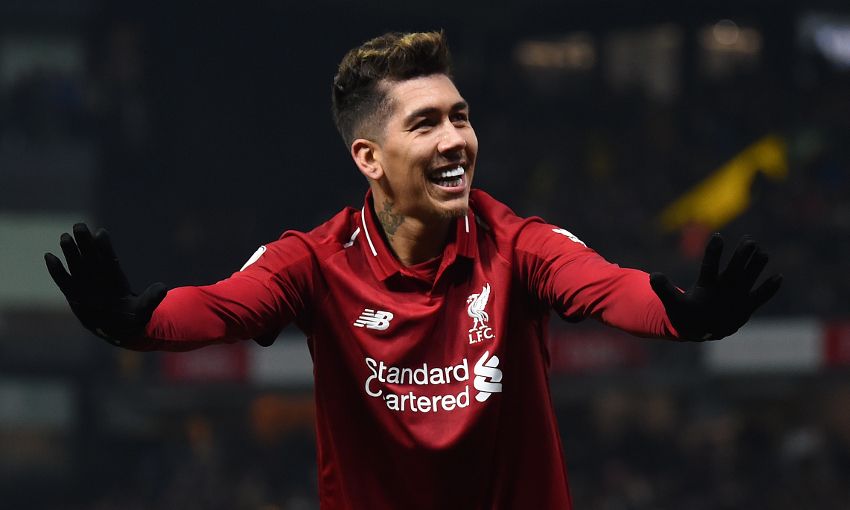 Jürgen Klopp praised Roberto Firmino for the way the Liverpool No.9 has adopted a different position in recent weeks, after he returned to the scoresheet at Watford.

Mohamed Salah has typically been the most advanced Reds forward this season, with Brazil international Firmino dropping back into a central role behind his teammate.

He had a hand in all three of Liverpool’s goals in the Premier League victory at Vicarage Road on Saturday, sealing the three points via an 89th-minute header - his fifth strike of the campaign.

And, after the game, Klopp reinforced his appreciation for a player he considers invaluable.

The manager said: “He will never come to me because people are saying something is missing and ask: ‘Boss, can I play in my old position again?’

“He is doing the job. That makes him so unbelievably valuable for us. I’m really happy with him.

“Yes, we had a long season last season and he had a World Cup, then he had bits here and there. But it’s not about position. It’s about what you have to do in the right moments.

“We need to find a system where we can bring our quality on the pitch and against Watford it worked out.”

Expanding on his point, Klopp explained how Firmino’s all-round contribution to the Liverpool team should not go without credit regardless of how often he scores.

“It all depends what you want to see, what you expect and what you compare it with,” added the boss.

“In the last home game against Fulham, I had 20 German coaches in the stadium. Most of them were friends of mine, and I know them all.

“They watched the game. I’m not sure what the critics were saying about Bobby Firmino after the game, but when I saw the coaches later and we had drinks together, they were like ‘Bobby Firmino... what a player!’

“It’s because of the small things he is doing, he is working hard, he is here, he is there, he has five goals now and he opens 5,000 gaps for everybody. It’s about how you see it.”