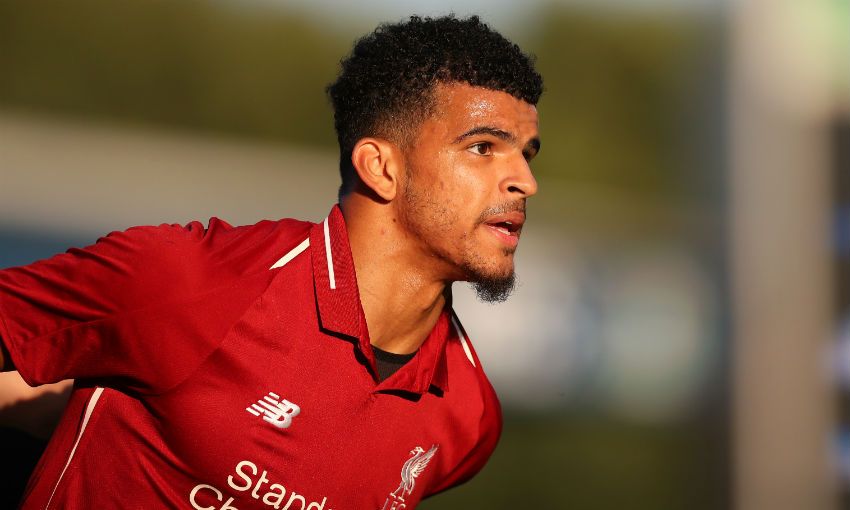 Jürgen Klopp has discussed the current situation for Dominic Solanke at Liverpool.

The 21-year-old caught the eye with four goals across two appearances for England U21s during the recent international break, but has yet to feature for the Reds first team this term.

Asked about Solanke’s goals for the Young Lions at his pre-Watford press conference, Klopp said: “And he played really well.

“First of all, it was brilliant. Not only Dom – of course for us it’s pretty interesting about Dom – but if somebody saw the game against Italy… wow, nobody should worry about the future of English football!

“This team could be the world’s best U21 team ever if you think who could play from the first team – unbelievable, what a team that is. That’s really good. And he is the striker in the team and he did really well. That’s good.

“The situation here is a bit difficult, you all see it. But if Dom continues like he did so far then everything will be fine, 100 per cent.

“There’s nothing to say about the short or long-term things. He’s our player and if I have to decide that, he will stay that as well.”

Pressed on whether Solanke can benefit more from training with the first team at Melwood or heading out on loan, the manager added: “In the moment, there is no alternative to it. We will see.

“How you can imagine, we talk about that with the players first so they don’t have to watch boring press conferences to know what I think about them.

“We will see what happens. But we want to help Dom so he can help us. That’s the target.”