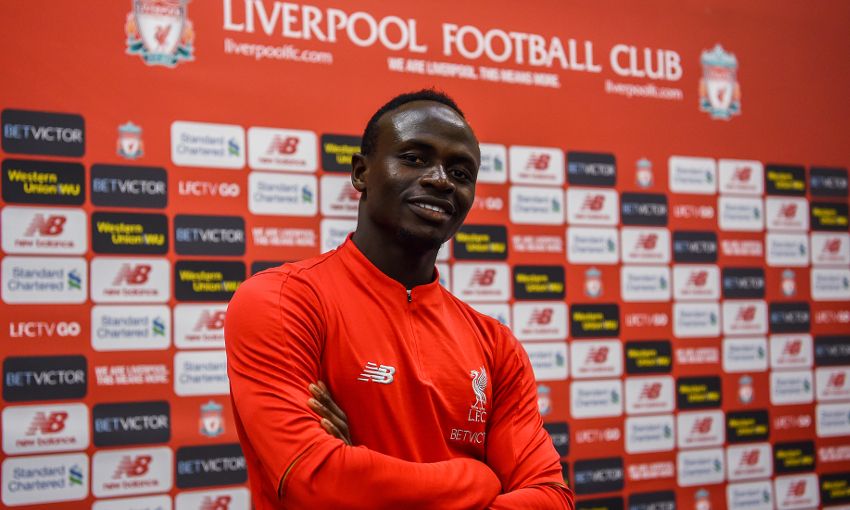 Sadio Mane has agreed terms on a new long-term contract with Liverpool.

The forward committed his future to the club by agreeing fresh terms on Thursday, and spoke of his delight at extending his Anfield stay immediately afterwards.

“I am very happy, very happy to extend my time at Liverpool,” Mane told Liverpoolfc.com at Melwood.

“It is a great day for me and now I am looking forward to everything – to helping the team, to helping the club achieve our dreams and, especially, to win trophies.

“I’ve always said, when I knew I had a chance to come here I didn’t have to think twice. The right club in the right moment and with the right coach as well. I came here and was very happy.

“For me, I have made the best decision in my career.”

Since joining the Reds from Southampton in June 2016, Mane has established himself as one of Europe’s finest attacking players.

The Senegalese was voted the club’s Player of the Year and Players’ Player of the Year following an outstanding debut season in 2016-17, and contributed 20 goals last term - including 10 in the Champions League as Jürgen Klopp’s team fell at the final hurdle in Kiev - as part of a fearsome front three alongside Roberto Firmino and Mohamed Salah.

Mane then represented his country at the 2018 World Cup, scoring once in three outings in Russia.

Having taken Liverpool’s No.10 shirt over the summer, the 26-year-old has netted seven times in 16 appearances so far in the current campaign, meaning his overall tally for the club stands at 40 goals in 89 games.

Watch free: Every Mane goal for LFC so far

Mane’s form has led to plenty of international individual recognition, too.

After finishing second behind Salah in the 2017 CAF African Player of the Year award, he was recently named on the 30-man shortlist for the 2018 Ballon d’Or and is among the five contenders for this year’s BBC African Footballer of the Year prize.