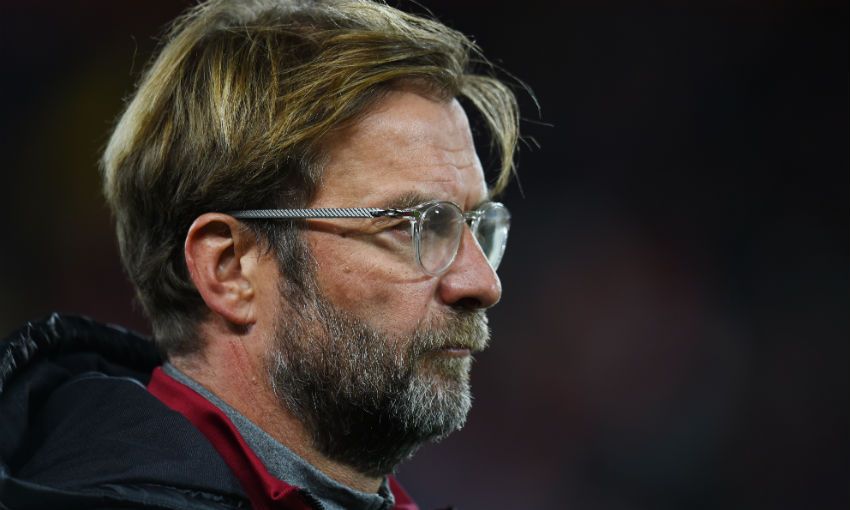 Jürgen Klopp feels Liverpool have made significant progress in the last year - but the boss has pledged that there is more still to come from his side this season.

A trip to Watford on Saturday marks the resumption of the Reds’ campaign following the international break.

They head to Vicarage Road unbeaten in the Premier League so far this term and second in the table, with their 12 games so far yielding 30 points. By contrast, after a dozen top-flight fixtures in 2017-18, Liverpool were eight points worse off in fifth place.

And, thanks to impressive wins over Paris Saint-Germain and Red Star Belgrade at Anfield, their Champions League fate remains in their own hands going into the final two group-stage matches, despite away defeats against Napoli and Red Star.

As such, Klopp is sure that strides forward have been taken over the previous 12 months.

That assertion does not mean he is completely satisfied, however.

“We can improve - we have to and we will. But between our best football and now, we have to win football games. That’s how it is and that’s what we’ve done already,” the manager said at a gala dinner in support of the LFC Foundation.

“Last year at the same time, we didn’t have 20 good games - we lost at Tottenham in October. In the Champions League, we were flying, that’s true. Belgrade, by the way, there is no excuse for that - it was just a really bad game. And Napoli was not a really good game as well.

“So there were two days we were really not good, that’s true. All the other games were really good. We played against PSG; they have lost one game in the whole season in all competitions and that was against us.

“It’s all good, I like the season. There has been a lot of improvement so far and there is still space for further improvement. But a very intense period is coming up now.”