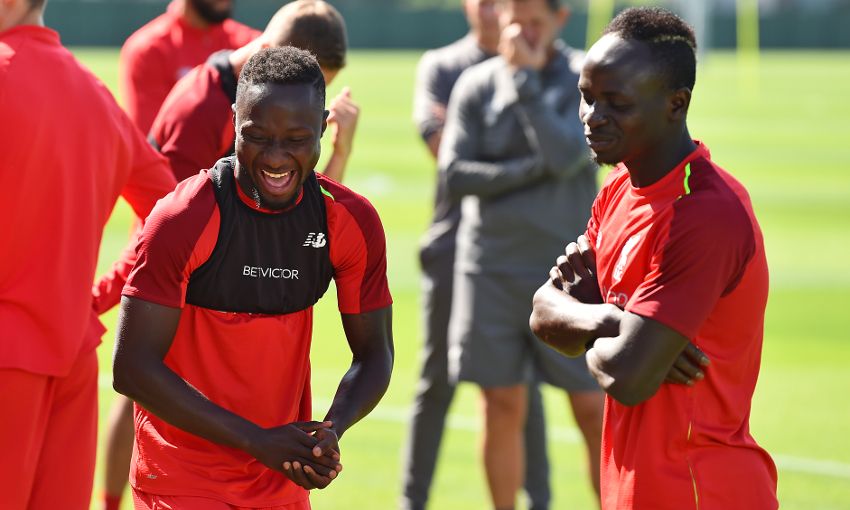 Sadio Mane sees Naby Keita's return to fitness as a timely fillip for Liverpool given the scope for the midfielder to achieve 'great things' for the club.

The summer signing made a stoppage-time appearance from the bench in the Reds’ 2-0 victory against Fulham last time out, having not featured in any of the previous five games due to a hamstring injury.

Fans have been treated to flashes of Keita’s talents so far but Mane knows them at first hand due to their crossing paths at Red Bull Salzburg in 2014.

The No.10 is delighted to have his friend and teammate back in contention ahead of a busy run of fixtures – and tipped Keita to stamp his influence soon.

“I always said, I knew Naby since Red Bull Salzburg because we played together. He is a great player and also young; he still has a lot to learn and improve,” Mane told Premier League Productions.

“When he came he surprised everyone but not me, because I know him. I’m sure he will do great things for us. Now he is back with the team and we are happy to have him. I’m looking forward to seeing him helping the team as he can.”

Much of the external praise for the Reds last season focused on the exhilarating attacking play he was firmly a part of, while this term it is the team’s defensive foundations drawing plaudits.

And if Mane and co still need to find their most fluent football, he accepts the challenge.

“It can happen sometimes,” he said. “Maybe in a few games we haven’t played as we can, and expect to, play but we have to deal with it and try to work as hard as we can, and push individually to do better again.

“We could do better – that’s part of football. We’d love to do better for the team and the club. We have had a better start than last season, now we have important games coming and we’re going to try to do our best.”