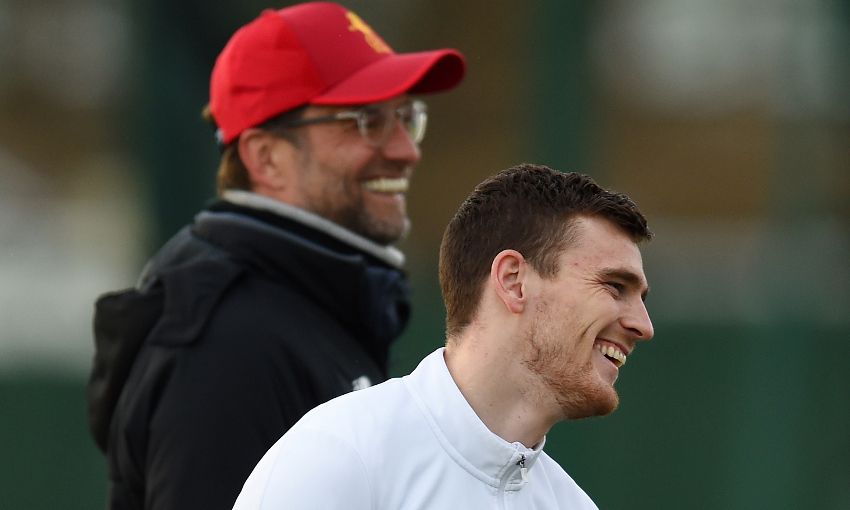 Andy Robertson has revealed how Jürgen Klopp reacted in typically enigmatic fashion to his appointment as Scotland captain in September.

The Liverpool left-back sent his club manager a short text message before the news broke – and quickly received an emphatically comic response.

“I texted him saying, ‘Just so you know, I’m getting the captaincy,” Robertson explained to Open Goal. “It was just out of respect because I didn’t want him finding out from someone else.

“I said, ‘Gaffer, thanks very much for everything you’ve done, I’m going to be Scotland captain, I hope it can be a success’ – all that sort of stuff.

“And then he just texted back in big capital letters: ‘You are the real Scottish Braveheart now’! I gave him a thumb emoji and he gave me the wee dance emoji. Brilliant. That sums him up.”