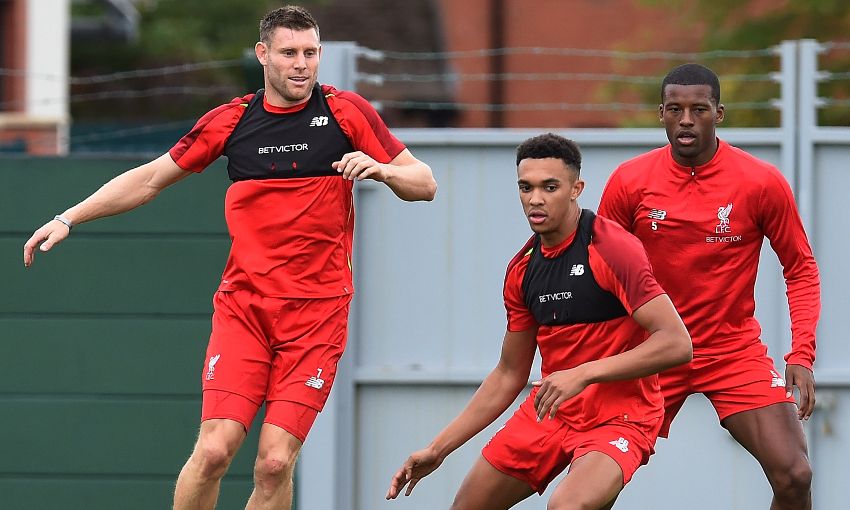 The scale of James Milner's professionalism is a daily inspiration to Trent Alexander-Arnold.

Liverpool’s No.7 was a second-half substitute during the 2-0 victory against Fulham last weekend, 16 years after making his senior debut for Leeds United in November 2002.

Now in his fourth season with the Reds, the vice-captain remains a model of consistency – and his approach rubs off on those around him.

“I’d say James Milner is the most consistent player I’ve ever played or trained with – I’ve never seen him have a bad session or a bad game,” says Alexander-Arnold in the new edition of the official Liverpool FC magazine.

“He’s so reliable and so versatile as well and that’s everything you want in a player.

“He’ll put his body on the line for the team and he’s non-stop. When times are hard, he’ll put in a tackle that lifts everyone and gets everyone up for the game. He brings the energy that the team needs.

“Off the pitch he holds the highest standards that I’ve probably ever seen in someone.

“He demands a lot from himself and seeing that on a daily basis is incredible. He’ll never give up in training, he’ll never stop running, and it gives you that motivation to do the same.”