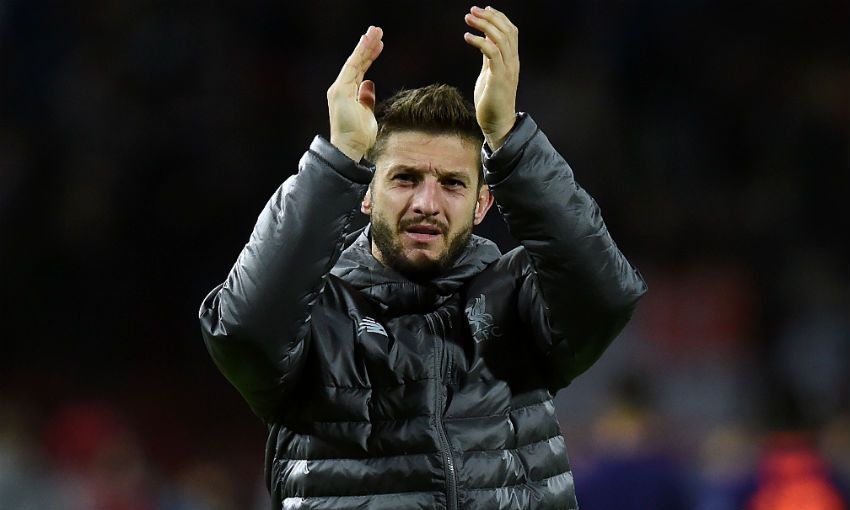 Adam Lallana is certain Liverpool will react to the disappointment of their defeat by Red Star Belgrade in the right way.

The Reds’ hopes of progressing from Champions League Group C were dealt a blow by Tuesday’s 2-0 loss at the Rajko Mitic Stadium.

A below-par performance was punished by Milan Pavkov’s quickfire brace in the first half, although Jürgen Klopp’s side still have their fate in their own hands in terms of qualification for the knockout rounds.

Lallana insisted Liverpool’s squad were accountable for their off-colour display, and the midfielder expects there to be a positive response to the setback in Serbia.

“As players we’ve got to take responsibility. It was a slow start all round really, and we gave them far too many opportunities - especially from set-pieces,” the No.20 told Liverpoolfc.com.

“We had chances and we came out at the start of the second half which was better, but we weren’t ruthless enough and we weren’t patient enough.

“They time-wasted and we lost momentum but to come in 2-0 down wasn’t like us and we’ve got to take full responsibility and make sure that doesn’t happen again. It’s still in our hands and if we win our next two games we go through, but it was a great opportunity missed for us.

“Of course there will be a reaction. It’s not the first time we’ve lost games and it’s about how you react and how you bounce back but we are thoroughly disappointed to come away with nothing.”

A 1-1 draw between Napoli and Paris Saint-Germain in Group C’s other game on Tuesday means just two points separate the four teams heading into the final two matchdays.

With a trip to Parc des Princes and an Anfield clash with Carlo Ancelotti’s side to come, Lallana accepted that the Reds’ route to the last 16 is now ‘very tough’.

“That’s the Champions League and there’s no teams that enter this competition that give you wins,” the England international continued.

“We knew it was going to be completely different to the game at Anfield a fortnight ago but it wasn’t to be. It wasn’t like us. We need to move on and improve if we are going to go through to the knockout stages.”