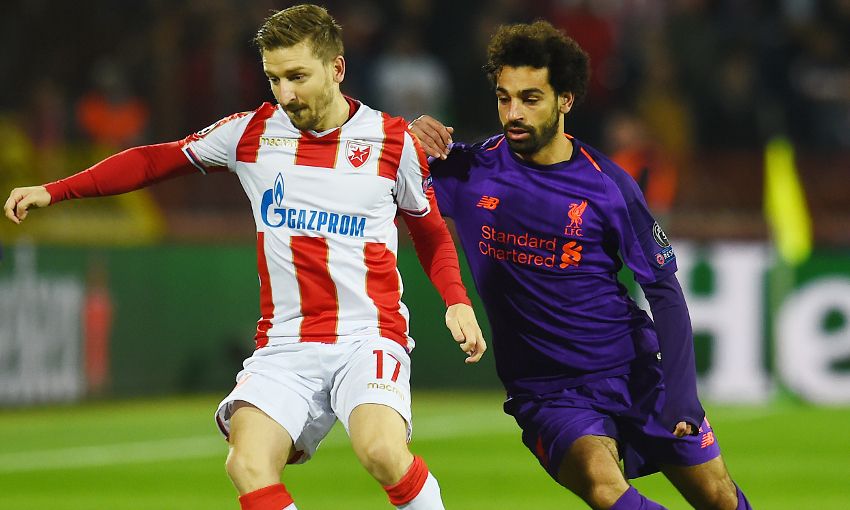 Liverpool's Champions League aspirations suffered a blow with a 2-0 defeat by Red Star Belgrade at the Rajko Mitic Stadium.

A quickfire double from Milan Pavkov midway through the first half gave the Serbian title-holders control of a tie the Reds had hoped to win to consolidate top spot in Group C.

But Jürgen Klopp’s men could not find a way back into the match and, with their points total therefore staying at six, will need to gain results from their remaining fixtures against Paris Saint-Germain and Napoli.

The manager made three changes in Serbia with Joel Matip, Adam Lallana and Daniel Sturridge coming into the XI in place of Joe Gomez, Fabinho and Roberto Firmino. 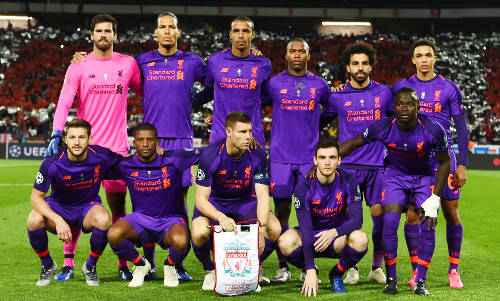 With the most vocal section of the Rajko Mitic Stadium at their backs, Red Star made an assertive start to the game as they sought their first points in the group since matchday one.

Marko Marin might have done better after creating enough space for a shot inside the left channel, his low effort instead an easy collect for Alisson Becker.

The hosts’ captain then had his head in his hands. A corner into the box from the right side fell nicely for Vujadin Savic but his hooked hit towards the top of the goal rose too quickly and sailed off target.

Still, it was Liverpool who fashioned the clearest chance yet on 17 minutes.

Sadio Mane’s pace took him into freedom for a measured cross that Andy Robertson nudged on to an unmarked Sturridge near the back post – but the No.15 uncharacteristically misjudged his finish and sent the ball over.

And Red Star compounded the visitors’ disappointment in the 22nd minute.

Alisson palmed El Fardou Ben Nabouhane’s long-range wallop out for a corner that Marin swung in and Pavkov met with a clinical header down into the left of the net. 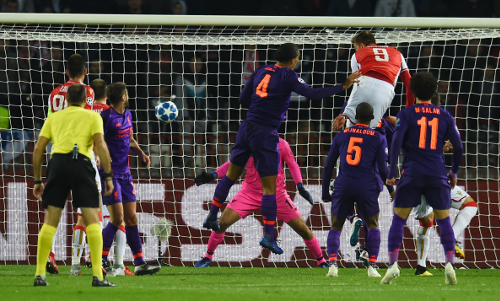 The stadium erupted and the home supporters grew louder seven minutes later when Pavkov scored again; the Red Star striker broke through the middle, holding off the attentions of Georginio Wijnaldum, and lashed a shot past Alisson from distance.

Lallana saw a diving header from James Milner’s cross deflect wide off the arm of Filip Stojkovic – the Liverpool man’s penalty appeals were waved away – and Klopp’s side went into the break with work to do.

The manager made a double substitution for the start of the second half: on came Firmino and Gomez for Trent Alexander-Arnold and Sturridge.

Mane could have quickly reduced the Reds’ arrears when Firmino immediately forged space on the left of the Red Star area and his deflected cross landed nicely, but the Senegal international failed to connect properly.

A Robertson delivery flicked up into the air and down onto the crossbar, though Liverpool’s near-total dominance of possession was not translating into regular sights of goal.

Salah’s curler drew a save from Milan Borjan as the tie entered its final 20 minutes and the 26-year-old then knocked the ball off the left post when the subsequent corner spooled out to him.

The Egyptian twice went close to forcing a goal, and Virgil van Dijk nodded a chance too high, as the away team tried to get the ball into the box at every opportunity – but the Serbian champions stood firm.

And so Group C remains firmly in the balance with Liverpool next to visit PSG later this month before hosting Napoli at Anfield in December.