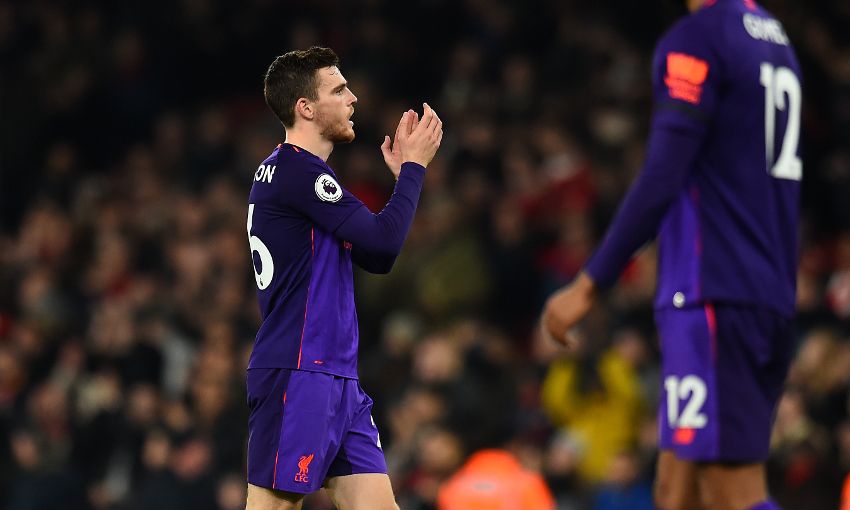 Andy Robertson rued Liverpool's failure to keep Arsenal at bay but hopes Saturday's 1-1 draw in north London can ultimately prove to be a point gained.

The Reds held a slender lead going into the final 10 minutes at Emirates Stadium courtesy of James Milner’s calm, driven finish just after the hour mark.

A frantic encounter had already seen both sides have goals disallowed in the first half, while Virgil van Dijk hit the post and saw two promising chances stopped by Gunners goalkeeper Bernd Leno.

With the result therefore left in the balance, Arsenal struck back through Alexandre Lacazette late on – leaving Robertson and co frustrated with a missed opportunity.

“It was a hard one because we took the lead and this season we’ve been really good at holding on to leads. I thought that was going to be the case,” the left-back told Liverpoolfc.com.

“We lost a poor goal from our point of view. If you look back on the game they probably had more possession but the clear-cut chances have all fallen to us.

“On another day we could have been a bit more comfortable, but two good teams went at it and a draw is probably a fair result.”

The Scot continued: “If you look at last season, especially away from home against the so-called top six teams, we didn’t do well enough.

“The only point we picked up was here [at Arsenal], 3-3, so we’ve kind of rectified that a bit in the games that we’ve played [so far this season].

“We are unbeaten against the top six so it’s positive but we could have quite easily won. Hopefully at the end of the season it will be a point gained – but just now it doesn’t feel like that.”

As well as a dominant defensive performance, Van Dijk was involved in a series of Liverpool chances and might have left the pitch with a hat-trick.

The Dutchman’s delicate control and shot in the first half was denied by Leno, his flicked header clipped the post and then a more powerful nod after the break was tipped over. 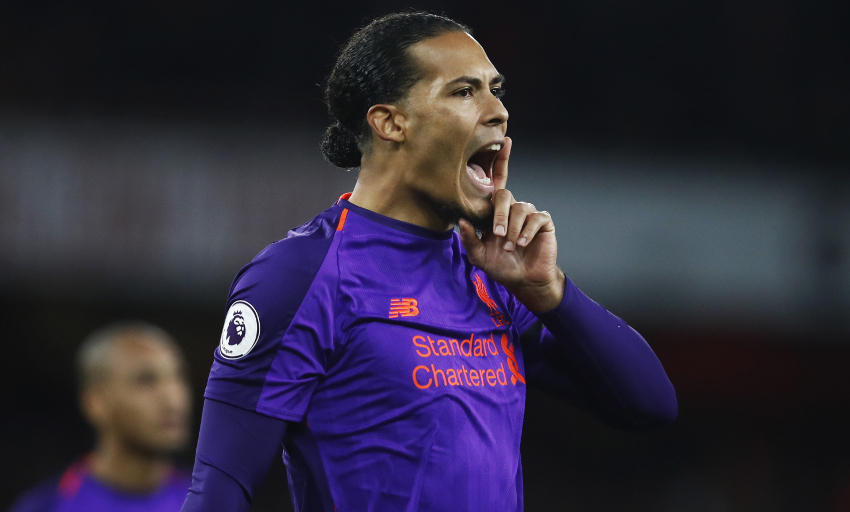 “When he chested it [for the first chance], I thought ‘Goal’,” said Robertson. “But it was just unlucky and was right at the ‘keeper. He probably ran out of space.

“And then his header towards the back end of the first half was unlucky as well. He had a couple of chances and I’m sure he will be disappointed even though he’s a centre-back; on another day he could have had a couple of goals.”

While Arsenal eventually broke the Reds’ resolve deep into the second half, a tactical adjustment at the interval improved the visitors’ control of the game, according to Robertson.

“We came under a bit of pressure and in the first half we probably didn’t get it quite right – they switched the play and were really good at overloading on both sides,” he said.

“It was tough and we changed the formation a bit at half-time and that helped us; obviously Millie helping Trent [Alexander-Arnold] out and Sadio [Mane] did a great job for me. It made it a bit more even and then it meant we could get forward a bit more as well.

“It was a good game but defensively we did come under a bit of pressure, especially in the last 10 minutes when they equalised, but we managed to stay strong.”