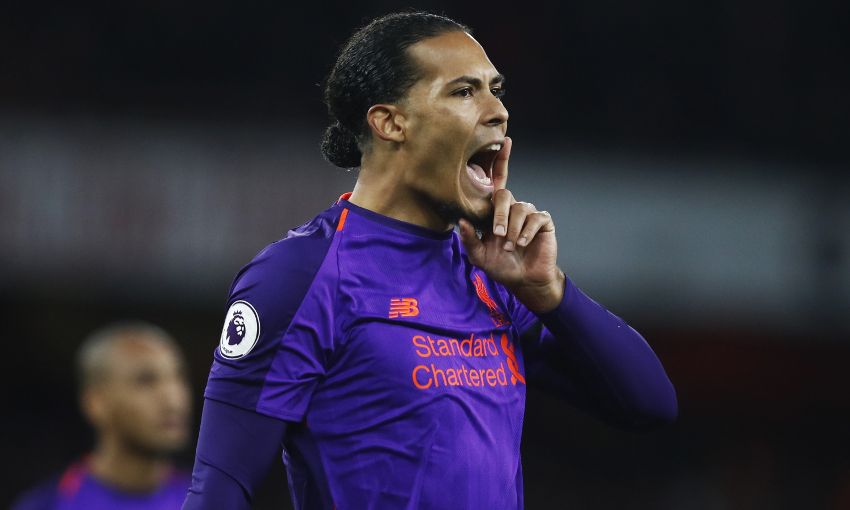 Liverpool extended their unbeaten Premier League run to 11 games with a 1-1 draw against Arsenal at Emirates Stadium on Saturday.

James Milner set Jürgen Klopp’s side en route to three points with a driven finish an hour into a frantic clash but Alexandre Lacazette levelled before the end to deny the visitors victory.

Back in the team and back in the captaincy role, Milner’s unerring low strike in the second half in north London broke the deadlock in a game brimming with chances.

Presented with a loose ball when Bernd Leno parried Sadio Mane’s cross out to the edge of the box, the Englishman rattled a shot through the pack in front of him. 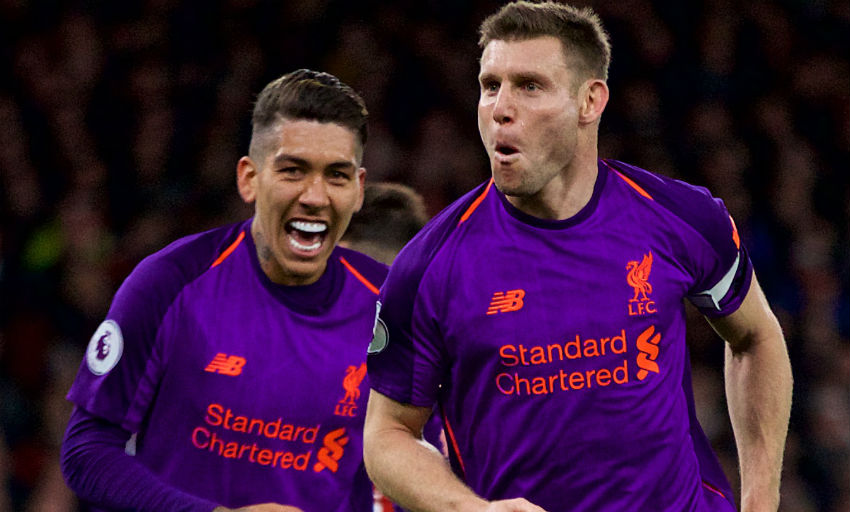 It was the 50th goal of Milner’s lengthy Premier League career, his 14th for Liverpool.

The No.7 has tallied many of his Reds goals from the penalty spot since joining the club in 2015 and, indeed, this was his first in the league from open play since March 2016.

Reds formidable in the first half

Liverpool have still only conceded once in the first half of a Premier League match this season: Eden Hazard’s opening goal in the 1-1 draw at Stamford Bridge in September.

It’s a record no team in the division can match so far in 2018-19 and has clearly been a factor in the Reds’ defensive resolve in general, with Alisson Becker beaten for only the fifth time at Emirates Stadium.

This first-half trend is nothing new, however; Klopp’s side have gone into the break without a concession in 15 of their past 17 Premier League fixtures.

Virgil involved at both ends

Virgil van Dijk gave his side another influential performance on Saturday.

The No.4 was at the forefront of keeping the Gunners at bay before Lacazette’s 82nd-minute equaliser eradicated Liverpool’s clean sheet.

And the Dutchman was hugely unlucky not to have affected the final outcome at the other end, too, having been involved in three clear opportunities.

Leno denied him twice – from a one-on-one situation in the first half and then a free header during the second – sandwiching a flick against the post from the powerful centre-back on the stroke of half-time.

They say games like these are settled by the smallest details and there were a series of moments throughout this encounter that might have swung the outcome one way or the other had they unfolded differently.

Both sides had goals disallowed during the first half, with Liverpool left frustrated by an offside decision that ruled out Mane’s tap-in from Roberto Firmino’s effort against the woodwork when the Senegal international had got back onside for the second phase.

And the slender nature of the lead the visitors established was shown when Lacazette pounced on a sight of goal to swerve a finish around Alisson with full-time in touching distance.

The Reds’ updated tally of 27 points from 11 games after their draw in north London equals the best they have ever posted at this stage in the Premier League era.

The run of eight wins and three draws to date this season has levelled with the previous record registered from the beginning of the 2002-03 campaign.

Liverpool climbed up to top spot in the table as a result, opening up a one-point advantage over reigning champions Manchester City ahead of their meeting with Southampton on Sunday.