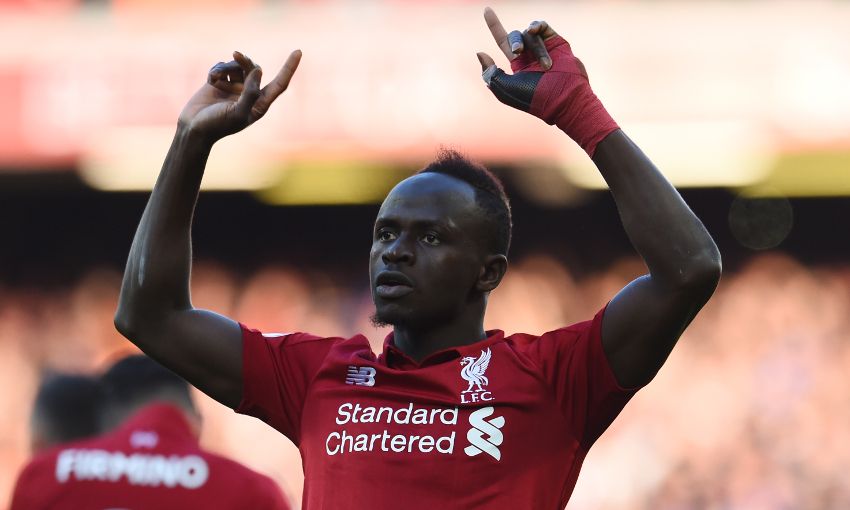 Sadio Mane made a point of diverting praise from Liverpool's front three to the rest of the team after Saturday's 4-1 victory against Cardiff City at Anfield.

The Reds No.10 scored two excellent goals in the Premier League clash, one a thunderous drive across goal and the other an intelligent dink over the goalkeeper at pace.

Mohamed Salah was also on the scoresheet with the opener, meaning the duo and fellow attacker Roberto Firmino have increased their collective tally to 18 so far this season.

But Mane deflected credit onto the whole side given the hard-fought nature of a game that was only truly settled in Liverpool’s favour during the final stages.

“Hopefully we’re going to keep going like that! It’s something that comes naturally because Mo and Bobby are great players and of course I’m happy to play alongside them,” he told Liverpoolfc.com.

“But people always talk about the front three – but it’s the team, the work starts behind us. They make it easier, we are lucky boys and score all the time but all the team did their job.” 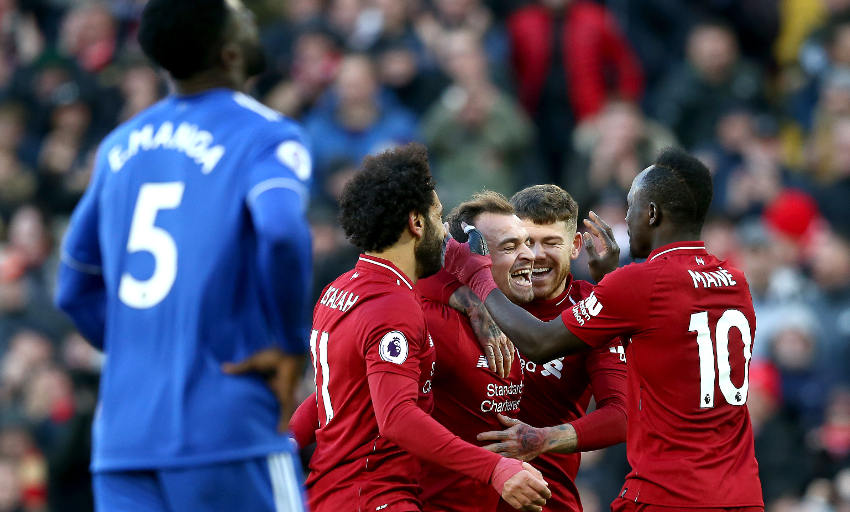 Salah put Liverpool ahead within nine minutes at Anfield but almost an hour of playing time passed before a second materialised – from Mane’s left boot.

Cardiff briefly halved their deficit through Callum Paterson, only for the hosts to step up the tempo and produce a quickfire double courtesy of substitute Xherdan Shaqiri and Mane.

“I’m happy,” said the Senegal international. “We played very well even though it was a little bit tight in the second half after it went to 2-1.

“It’s part of football. But after that we controlled the game and created many chances. At the end we scored four goals so I think we deserved to win.

“The coach said yesterday it would be a very tough game. It’s normal, it’s the Premier League.

“We knew it would not be easy but we are Liverpool, we were at home and we always try to play the same passing game, try to do our best and win the games.”

Shaqiri notched his first goal since joining the club in the summer when he coolly collected Salah’s threaded pass, moved around his marker and slotted in.

It was the latest contribution of an eye-catching week for the attacker and Mane explained just how quickly his teammate has settled into life at Liverpool.

“Everybody is happy to have Shaqiri here. He is a top man and as a player he is fantastic,” he added.

“He is a great player; he has come and looked like he has been here for years. He’s going to help us score more and give assists.”