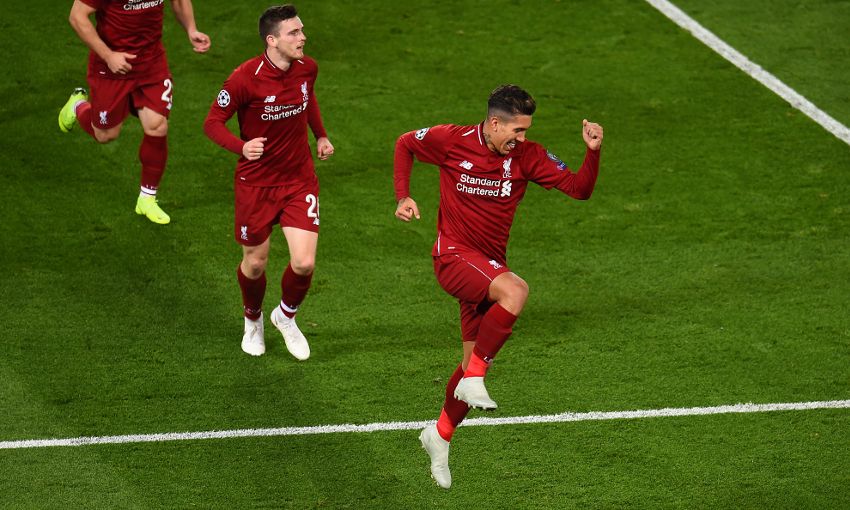 Roberto Firmino is certain Liverpool can reproduce the attacking fluency that proved so effective and entertaining last season.

The Brazil international was on target during the midweek dismantling of Red Star Belgrade in the Champions League, a night when the Reds’ much-feared front three each netted in the same game for the first time this term.

Firmino broke the deadlock in the 4-0 win at Anfield and was followed on the scoresheet by Mohamed Salah’s brace either side of half-time and Sadio Mane’s late strike.

The intuitive trio plundered 91 goals between them in 2017-18 and have quickly totalled 15 so far this season despite the suggestion in recent weeks that Liverpool are still searching for their most emphatic and clinical form.

It is an assessment Firmino understands but the No.9 is in no doubt that the efforts being made behind the scenes to improve in that regard will continue to reap dividends.

“We’re working with this in mind,” he told Liverpoolfc.com this week. “We work on finishing every day in training, and we improve every day. We hope that we get back to what it was like last season as soon as we can.

“We got off to a great start this season. We’re joint-top with Manchester City and only behind them on goal difference.

“Our aim is of course to win a trophy, not just the Premier League but every competition in which we’re taking part. This is always our mindset – to always be fighting to win trophies.”

The next obstacle for Jürgen Klopp’s side comes in the form of Cardiff City, who visit Anfield in the Premier League this Saturday afternoon.

Neil Warnock’s team gained a maiden victory since promotion back to the top flight when they defeated Fulham 4-2 last weekend, and Firmino anticipates a test akin to the one Liverpool faced throughout a hard-fought success at Huddersfield Town in their previous league fixture.

“They’re a great team who got promoted last season, so it’ll be a real challenge. We’ll have the support from our fans playing at home, and I hope we put in a great performance and get a win.

“Getting a win last time out will give them a confidence boost, of course, and they’ll give everything in this game, but they’ll be facing us, Liverpool, and we’re also confident of putting in a good performance.”

After the challenging evening at Huddersfield last Saturday, the manager spoke of the need for his team to better implement a ‘midfield press’ if their trademark high pressing is nullified by the opposition.

So, how does that influence the players’ approach?

“They’re two different tactics,” explained Firmino. “The 4-3-3 is more focused on pressing, and we played with this formation for basically the whole of last season.

“We tested out a new formation in the last game and it went well, as we won. The midfield was more cohesive but also had more space, and it turned out well, and both tactics are good for us.

“We have only conceded three [league goals], which shows that we’re really tight at the back, and that we’re always really solid. I hope we can carry on like this until the end of the season.”