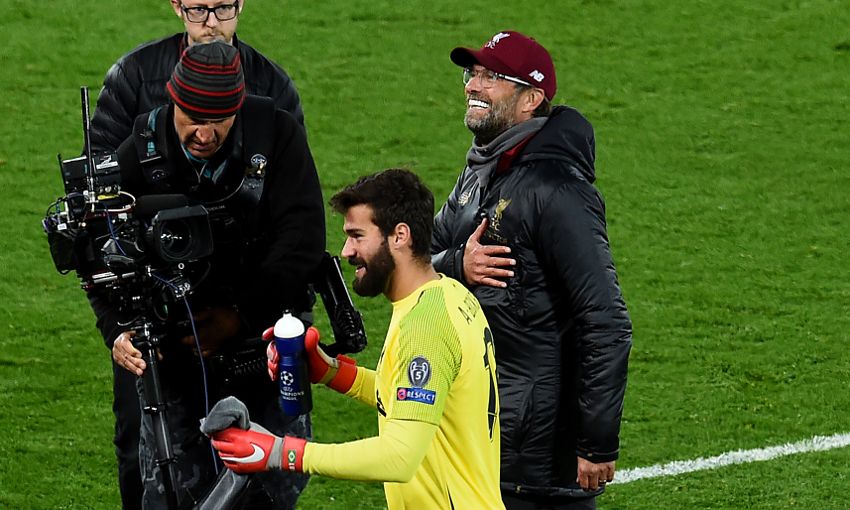 Jürgen Klopp made a point of highlighting Liverpool's strength in depth to his players after the 4-0 Champions League victory over Red Star Belgrade.

The Reds boss made five changes to his starting line-up for the visit of the Serbian champions in Group C and was rewarded with a comfortable win secured through goals from Roberto Firmino, Mohamed Salah (two) and Sadio Mane.

Fabinho was among those to come into the team, for his second start since signing in the summer, while Adam Lallana, Alberto Moreno and Daniel Sturridge got minutes off the bench at Anfield.

But Klopp felt the non-use of the Liverpool vice-captain perhaps best showed the quality of the options at his disposal throughout the squad.

“I said it immediately in the dressing room: we could rest James Milner! He hates it actually!” the manager told Liverpoolfc.com at full-time.

“But it’s really cool. It’s good. Of course, if we are 2-0 or 3-0 up maybe it’s a bit easier; we need that impact as well if the game is not decided. But the quality is obviously there. That’s good.

“For example, Alberto Moreno deserves it so much – it’s unbelievable how much he deserved these few minutes. That’s good. Tonight, it couldn’t be better.”

Liverpool deployed a 4-2-3-1 system against Red Star, with Fabinho and Georginio Wijnaldum working in tandem in midfield to provide a platform for Firmino, Mane, Salah and Xherdan Shaqiri to create.

“There were a lot of wonderful individual performances,” added Klopp.

“Fabinho was just brilliant; the present for his birthday was not that he played – the present was that we played a system he is used to, a nice double-six. It was really good, that’s important to us.