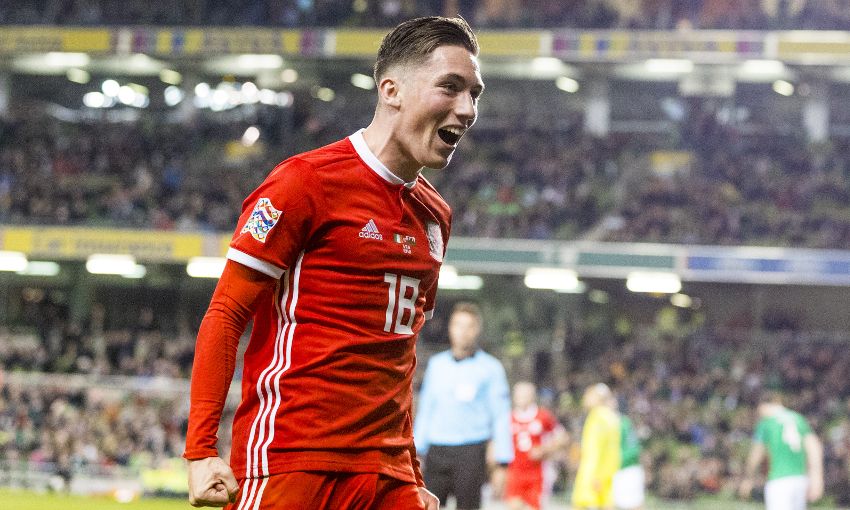 The Liverpool forward, who is spending 2018-19 on loan with Derby County, was a match-winner on the senior international stage in midweek, when his unstoppable free-kick claimed a UEFA Nations League win for Wales over the Republic of Ireland in Dublin.

That goal came three weeks after the 21-year-old netted in stunning fashion from a dead ball during Derby’s Carabao Cup victory over Manchester United at Old Trafford.

Wilson established himself as a regular in Wales’ squad while enjoying a fruitful spell on loan with Hull City in the second half of last season.

And Klopp is impressed by the steep upward trajectory of the progress made by the Academy graduate, who he expects to be part of Liverpool’s squad next term.

“I’d say it is even a bit better,” the boss told Liverpoolfc.com, when asked whether Wilson is doing exactly as the club had hoped.

“Last year, Harry was already good. In pre-season, it was clear pretty early that he wanted to go on loan and it made sense for him to go on loan.

“He found a brilliant club and obviously a fantastic manager at Derby. They play really good football. The Manchester United game really was impressive - not only the result, the way they played was really impressive.

“It’s nice to see, it helps young players the most to play on such a high level. It suits Harry, obviously, that they play football. You can see he made big steps. His shooting was always outstanding but now obviously he has the confidence to show that on the highest stages. It’s really nice to see.

“The free-kick against United was one of the most spectacular I ever saw in my life - and that means something because I saw a few! And now the one against Ireland was not too bad as well, it was not saveable. That’s a big skill. But it’s not only that.

“How he moves between the lines, how confident he looks with the ball is all cool. He looks really fit. So that’s all good. Thank you to Derby that they obviously do a brilliant job. Next year, he is back.”