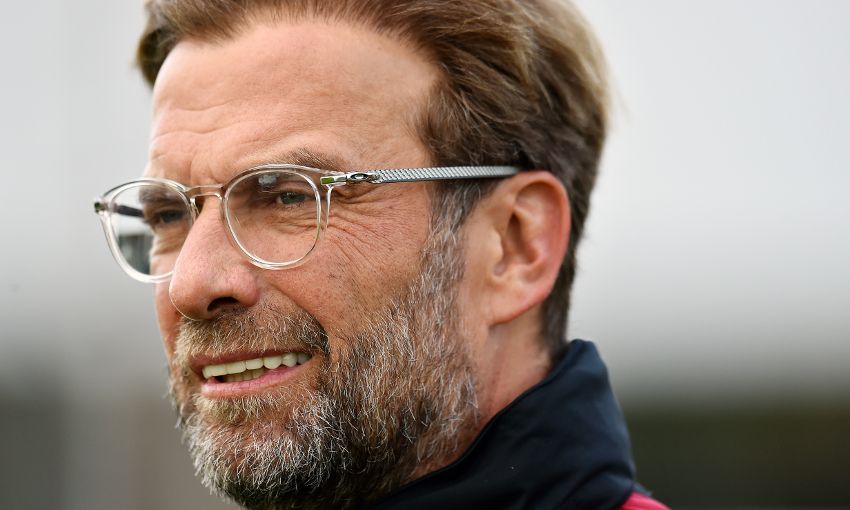 Jürgen Klopp discussed a range of subjects as he looked forward to Liverpool's Premier League showdown with Manchester City at a pre-match press conference on Friday.

As well as an update on Naby Keita’s fitness and an analysis of Mohamed Salah’s form, the manager assessed the challenge of beating Sunday’s visitors and much more.

Here are five key points from his chat with the media…

Fitness latest from the boss…

Liverpool will check on Keita’s condition ahead of the game at Anfield but Klopp has no other fresh injury concerns to consider as it stands.

Adam Lallana, who was not with the squad that travelled to Naples for the Champions League tie in midweek, is in full training.

“Nothing real in the moment, apart from the things we know,” said the manager when asked for an injury update. “[Lallana] is in full training, we have to see. They are all in full training.”

With James Milner set to face his former club on Sunday, the boss was asked to summarise the No.7’s development during the three years they have worked together at Liverpool, which included one season at left-back.

“When people say he is a ‘work horse’, for me it is always a compliment. He is naturally fit, an athlete. I was open and he matched the expectation I had after a few weeks – or even better,” said Klopp of his initial impressions of a player he had watched before taking the reins at the Reds.

He continued: “Probably after his career is finished in a few years he will think back to the season where he played left-back as a season where he learned a lot about football because he saw the pitch from a different angle constantly.

“He knows much more about supporting from another position. That he can play the position was clear otherwise I wouldn’t have asked him.

The secret to beating City…

Liverpool have been victorious in each of the past three meetings with City but Klopp admits there is no guaranteed formula for success against Pep Guardiola’s champions.

The German does know the components required to try it, however.

He said: “We won the last three games against City – twice in the Champions League and once in the league. After none of these games do you go into the dressing room and think, ‘Now we’ve got it, now we know how to beat Manchester City.’

“There is no real way; there isn’t one thing you have to do so you can beat them. That’s not there.

“You have to be ready. You need a fantastic football team – which I have, thank God – with an outstanding character, ready for being really brave, ready for making mistakes in a very difficult game against an outstanding opponent. That’s it and then it can work, that’s all we need to know.”

The showdown with City comes four days after the Reds’ 1-0 Champions League loss against Napoli, a game in which Klopp accepted his team fell below their usual standards.

He sees a silver lining in that cloud, though, and feels the frustrations of Wednesday night can be turned into a positive this weekend.

“How you can imagine, my faith in the team is so big and we have to – we want to – show a reaction,” reflected the manager.

“I didn’t want to lose at Napoli but if you ask me what the best preparation is, mood-wise, it’s losing a game. We felt it now and we don’t want to have that feeling again so we will fight with all we have for a different result.”

If the four meetings between the sides last season are anything to go by, one guarantee for their first encounter of 2018-19 is entertainment.

And, in a typically philosophical manner, Klopp explained why he is an advocate of ensuring his team play the most enjoyable football they can.

“We don’t save lives; we don’t plant or create anything; we are not good at surgery. We are only good at football and if we do not entertain people then why would we play it?

“It’s not always possible, unfortunately. And it’s always hard work – even if you entertain the people, it’s especially hard work. That’s really an important thing and that’s why we have to try to create constantly or as often as possible.”