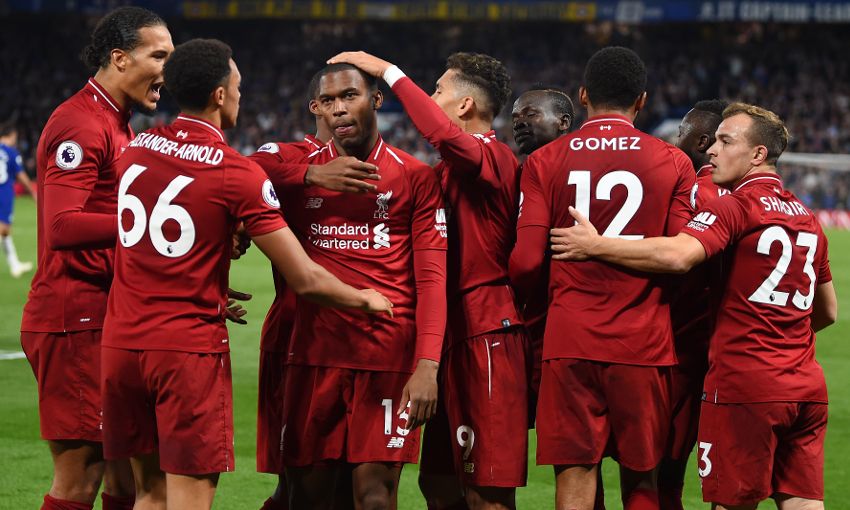 Daniel Sturridge explained how a shot that hit the crossbar in midweek was the inspiration for his sensational equaliser in Saturday's 1-1 draw with Chelsea.

The Liverpool No.15 crashed a curling effort off the woodwork in Wednesday’s Carabao Cup tie against the Blues at Anfield, having volleyed in the opener in an eventual defeat.

That attempt was in Sturridge’s mind moments after he came on as a substitute in the Premier League rematch at Stamford Bridge with the Reds a goal down.

This time, the Englishman’s technique was perfect – his swerving hit sailed over Kepa Arrizabalaga and into the top corner to rescue a point at the home of his former club.

“Exactly that,” he told Liverpoolfc.com when asked if the shot three days ago had encouraged him to try from a similar area again.

“It was just trying to get into that position, to get on the ball and players like Shaq always play it forward as much as possible, so I just tried to create myself as much time as possible. I saw Kante coming and took one touch and didn’t think about it too much and just took the shot on.”

REACTION: Sturridge on stunning goal and draw with Chelsea

Sturridge, who recorded his 50th league goal for Liverpool with the leveller and his fourth of the season so far, continued: “It felt great.

“My cousin gave me some stick the other day for celebrating against Chelsea because he’s a Chelsea fan; I think in the moment like the other night I got excited and celebrated.

“Obviously I’ve played for this club and achieved stuff with them and got a lot of respect for the players, staff and everything, so I didn’t want to celebrate today.

“But it’s a great feeling to help get a result for the team. We deserved a draw, the bare minimum, because we played well, had a lot of chances in the first half and a couple in the second as well, so I think we got what we deserved in the end.” 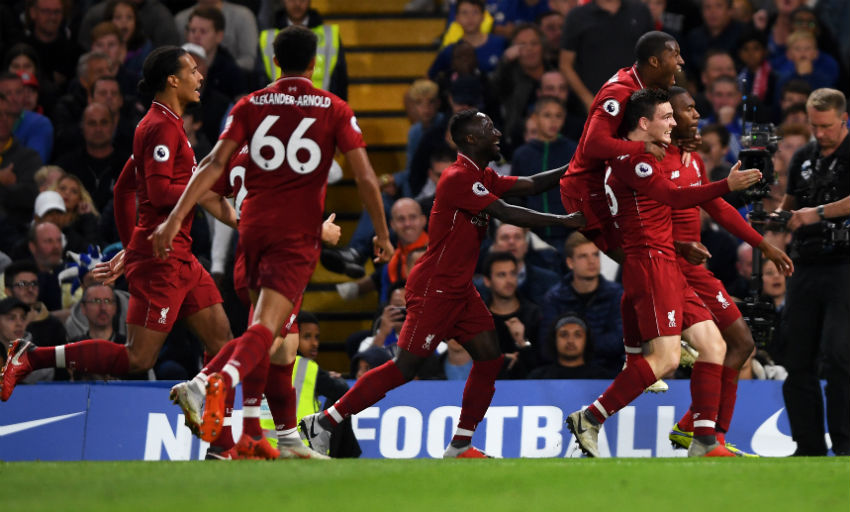 The result meant an end to Liverpool’s winning streak in the Premier League this term but nevertheless increased their total to 19 points – matched only by Manchester City.

“Every point counts in the Premier League,” said Sturridge.

“It’s important for every club to try to pick up points and these games are important, but even if you drop points in these games it’s about having the consistency throughout the whole season because this is just one game in 38 anyway.

“We are not looking at this as the deciding factor of the season. It’s just one game and we have plenty more to go. It’s a long season, so we just have to stay focused.”

The Reds were grateful to goalkeeper Alisson Becker for keeping them in the match before Sturridge’s unforgettable intervention.

The Brazilian had thwarted Willian before Eden Hazard’s breakthrough for the Blues in the first half and then did the same to deny the latter with the score at 1-0 after the interval.

“Top drawer!” added Sturridge. “He had a great game. He was unfortunate not to get a clean sheet but he’s a world-class goalkeeper, as is Si [Mignolet].

“We’ve got some good young goalkeepers at the club too but he’s showing his qualities and it was just important to keep going.

“Our defence have been really good also and they have had a lot of clean sheets so far this season, and they will be upset they haven’t got one today but I think all in all it’s probably a fair result.”