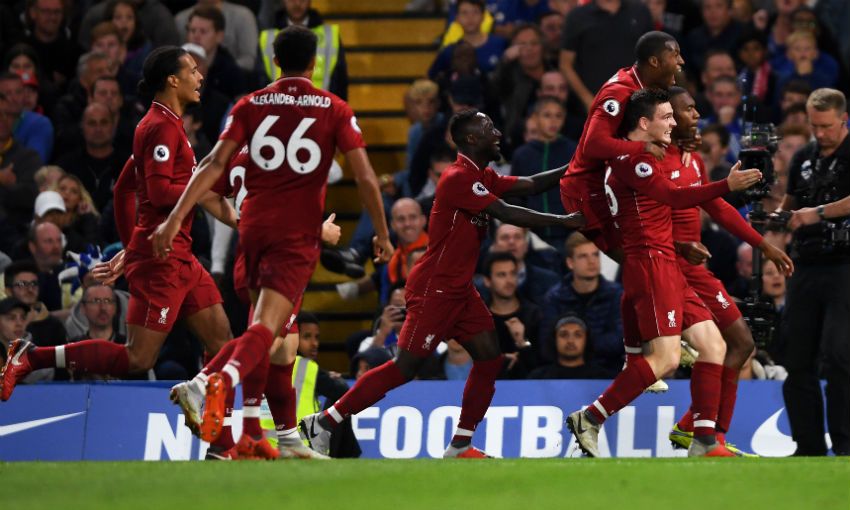 Daniel Sturridge produced a stunning late equaliser to preserve Liverpool’s unbeaten start to the Premier League season with a 1-1 draw at Chelsea.

Eden Hazard’s strike midway through the first half put the home team in charge at Stamford Bridge, with the Reds’ frustrations being summed up by two goalline clearances that denied Mohamed Salah and Roberto Firmino either side of the break.

A moment of sheer brilliance from substitute Sturridge banished those feelings with 89 minutes on the clock, however.

The striker collected a Xherdan Shaqiri pass on an angle around 25 yards from goal and side-footed an impudent, curling shot over Kepa Arrizabalaga and into the far top corner to secure a hard-earned, yet well-deserved, point for Jürgen Klopp’s side.

Virgil van Dijk’s inclusion headlined the pre-match discourse from a Liverpool perspective, with the centre-back fit to return after being absent in midweek due to a rib problem.

James Milner and Sadio Mane were the only Reds to retain their starting places from Wednesday’s Carabao Cup exit. 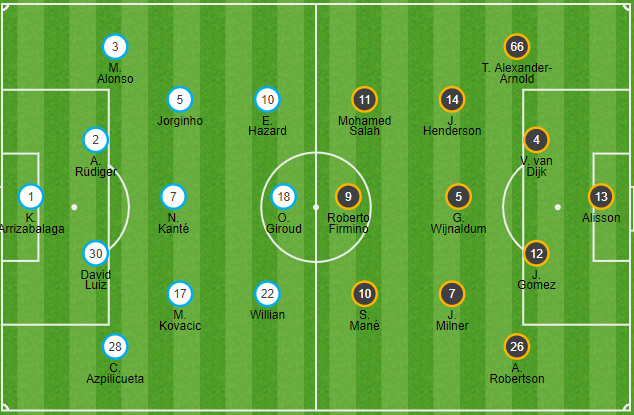 There was an urgent intensity to both teams in the early stages, which were shaded by Liverpool in an attacking sense.

Salah had two sights of Kepa’s goal in the opening 10 minutes.

Trent Alexander-Arnold’s interception led to the first, which saw the Egyptian fire straight at Chelsea’s goalkeeper from 20 yards, before Salah earned - and spurned - the second by effortlessly drifting away from Antonio Rudiger and then miscuing his shot way off target.

Those efforts sandwiched an early reminder of Hazard’s menace, however, as only Joe Gomez’s defensive diligence denied the Blues’ No.10 a chance to cleanly strike at Alisson Becker from inside the area.

Mane then slashed an effort wide after Van Dijk had stepped out to retrieve possession and a late intervention from David Luiz meant Firmino’s shot was blocked soon after.

Chelsea subsequently gained a foothold, though, and, with Willian bearing down on him, Alisson raced off his line to smother the danger at his fellow Brazilian’s feet.

But the Reds’ ‘keeper was beaten in the 25th minute. Hazard dropped deep to partake in a slick team move, then spun in behind and finished powerfully across Alisson with his left foot.

Liverpool’s response to falling behind for the first time in the Premier League this season was positive.

Only Rudiger’s goalline stop denied Salah - who surged past Marcos Alonso and rounded Kepa before attempting to roll the ball into an empty net - a quickfire equaliser, and Mane cleared the bar with an overhead kick just before the break. 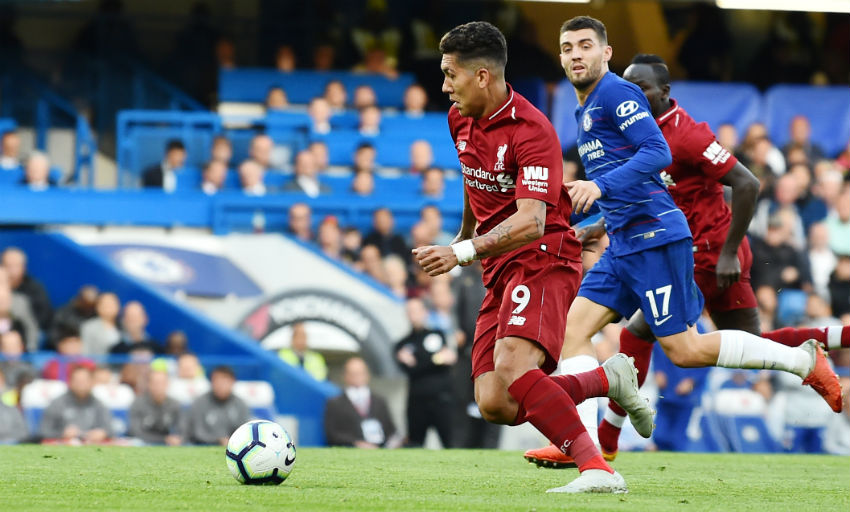 Liverpool set about their task immediately after the restart, their intent typified by Firmino barrelling Rudiger off the ball in the box and feeding Mane, who squeezed a shot away that Kepa stopped smartly.

With the Reds pushing forward, Chelsea were permitted more space to counter into and Van Dijk showcased remarkable recovery pace to assist Gomez in crowding out Willian as the forward broke towards Alisson.

Alisson saved from Hazard and Mateo Kovacic before the visitors carved out a pair of clear-cut opportunities to level in the space of two minutes.

Shaqiri - introduced for Salah with 25 minutes remaining - side-footed Andy Robertson’s searching, low cross wide and Luiz got back to hack Firmino’s header off the line.

But Sturridge would have the final say - and in some style, too, as he arced his 50th top-flight goal for Liverpool into the net from distance.