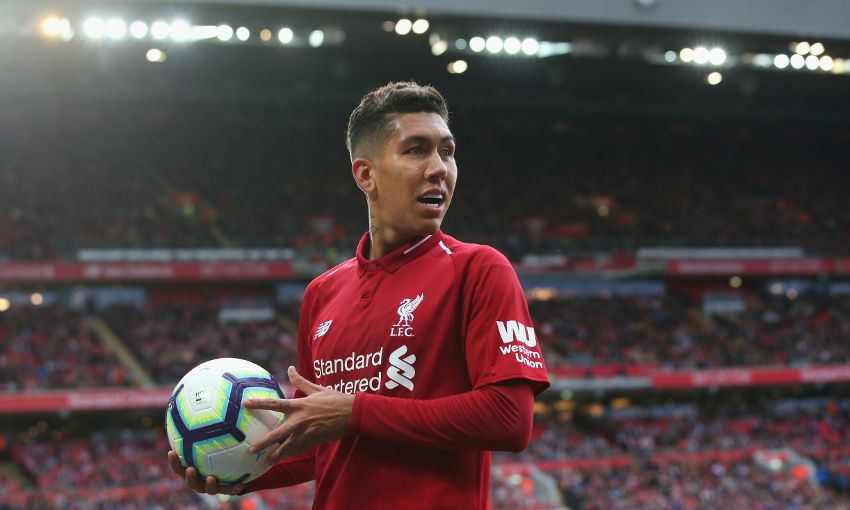 The former Liverpool captain, now Rangers manager, narrowly missed out on the chance to play in the same team as the Brazil international.

Gerrard departed the Reds for LA Galaxy in the summer of 2015, a matter of weeks before the club completed a deal to bring Firmino in from Hoffenheim.

The latter has since scored 53 goals in 152 appearances for Liverpool – most recently a stunning late winner in the Champions League victory over Paris Saint-Germain at Anfield.

“Firmino is an absolute genius when you watch him close up,” Gerrard told BBC Radio 5 Live. “He’s as interested in setting up a goal as scoring one.”

Jürgen Klopp’s side head to Chelsea today sitting at the top of the Premier League table having won each of their opening six matches.

Gerrard considers the current Reds squad to be the best equipped ‘for a very long time’.

“I look at Liverpool now and can’t find any weaknesses when they’re at full strength. This is a lot stronger than the team I played in,” he continued.

“Liverpool have looked a different animal since [Virgil] van Dijk came in and Alisson [Becker] brings more composure and trust.

“In time that’ll be the big difference – the front three will always score goals and the midfielders back them up too – but it’s all been about trying to improve defensively and they’re very close.”