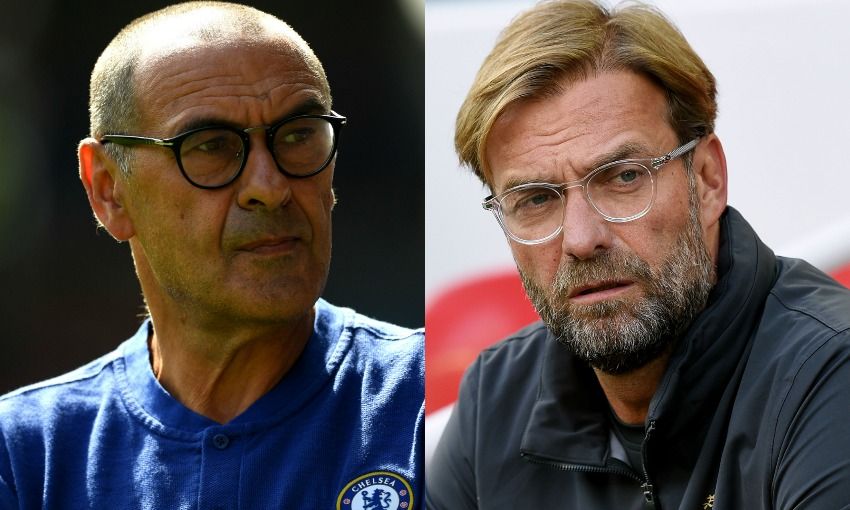 The aggravation of an existing rib problem forced the centre-back off during the second half of last weekend’s 3-0 win over Southampton.

Van Dijk was subsequently ruled out of Wednesday’s Carabao Cup defeat to Maurizio Sarri’s team, and Jürgen Klopp remains unsure whether he will feature at Stamford Bridge.

Trent Alexander-Arnold (illness) and Georginio Wijnaldum (knock) were also absent in midweek, but are fit for the trip to west London.

“Trent trained yesterday completely normal. It was not a knock, Trent was a bit ill, but yesterday that looked pretty good,” Klopp said on Friday.

“Virgil, we have to wait. He didn’t train with the team so far but I can’t say anything more about that. Gini trained as well, so all good.”

Dejan Lovren played for the first time this season on Wednesday following a pelvic injury, while Joel Matip again completed 90 minutes after also doing so in his maiden start of the campaign against Southampton.

And that means Klopp has alternatives should Van Dijk not be ready to return.

“But Dejan Lovren made his first appearance after I would say around 10 weeks. Most of that time he was that injured that he couldn’t even think about training because when you have something in that part of your body you cannot do fitness, nothing. And after that long period, he played an outstanding game. Joel Matip, two games in a row, played fantastic.

“So, if Virgil is fit and can play then he will play, but if not then obviously we have options and that’s really good.”

Elsewhere in Liverpool’s squad, Adam Lallana and Divock Origi are back in training after their respective groin and ankle issues.

Sarri, meanwhile, revealed on Friday that it is “possible” Antonio Rudiger will be fit following the groin injury he sustained in last Sunday’s goalless draw with West Ham United.

Pedro (shoulder) and Ruben Loftus-Cheek (shin) are also closing in on consideration for selection for the Blues, for whom Andreas Christensen was substituted at Anfield in midweek due to illness.

“Pedro yesterday had the last part of the training with the team, like Rudiger and Loftus-Cheek. So we need to see the last training [session] and then we will decide,” said the Chelsea manager.

“They are almost ready, so the situation is better than three or four days ago.”