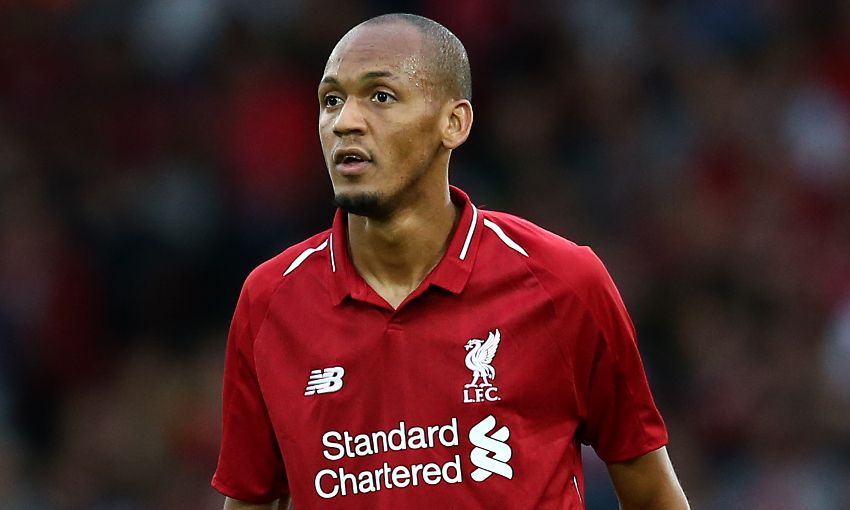 Jürgen Klopp is confident Fabinho will seize the opportunity of his first start for Liverpool this evening and demonstrate exactly why the club were so keen to secure his services in the summer.

The Brazilian joined the Reds from AS Monaco in late May, but has so far only made one substitute appearance in 2018-19.

However, Fabinho has been named in the starting XI for this evening’s Carabao Cup tie with Chelsea at Anfield – and Klopp is optimistic he’ll showcase his talents in midfield alongside James Milner and Naby Keita.

Asked what he was looking to see from the No.3 this evening, the manager replied: “A good game would be cool! I can imagine the eyes are now on him pretty much after the transfer in the summer and he didn’t play so far, but as normal as he can [play] would be the best way.

“He cannot be settled, but it’s a good thing that Millie, Naby and Fabinho played together in this formation in pre-season. That was one reason for the line-up to make it a bit easier, but in the end we know he is a good footballer so it is not a proper test for him.

“We hope he can immediately show how good he is.”

Fabinho is one of eight changes made by Klopp for the third-round tie, but he’s eager to stress Saturday’s Premier League clash with the Blues at Stamford Bridge did not enter his thoughts when selecting the line-up.

Minor injury issues with Virgil van Dijk, Georginio Wijnaldum and Trent Alexander-Arnold enforced three alterations, while the German felt several other members of his squad were deserving of game-time from the off.

On whether he would have picked the same team regardless of the Reds’ next opponents, Klopp stated: “Yes, that’s easy to say – 100 per cent.

“We have a few little problems with Virgil, with Gini and with Trent since this morning, no real things but they couldn’t have played tonight so that’s one reason [for the changes]. And then making a few more changes makes sense because we need fresh legs tonight and Shaq showed he is ready, Daniel showed he is more than ready and Naby has to play tonight, that was clear.

“So, that’s the line-up and all the guys in defence, where we changed the most, really deserve to play. It’s nothing to do with the game at the weekend.”