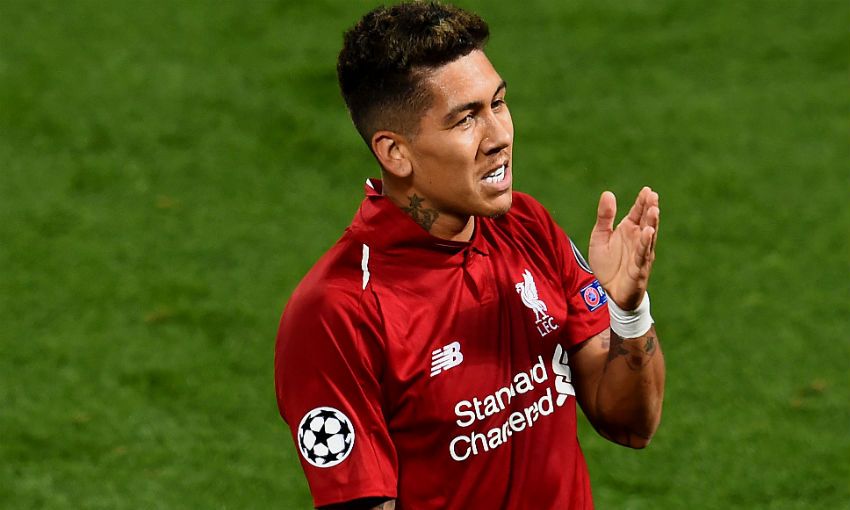 Roberto Firmino is fit to start Liverpool’s game against Southampton on Saturday.

However, Jürgen Klopp has not yet decided whether the Brazilian, Daniel Sturridge or both strikers will be included in his line-up at Anfield.

Firmino was restricted to a substitute appearance in Tuesday’s 3-2 win over Paris Saint-Germain in the Champions League after sustaining an abrasion to his eye during last weekend’s victory at Tottenham Hotspur.

The No.9, of course, came off the bench to settle the Group C opener with a superb injury-time winner after the man he replaced, Sturridge, had opened the scoring in an individual display that was praised effusively by Klopp.

Speaking in his pre-match press conference on Friday, Klopp revealed that Firmino is available to start versus the Saints at Anfield, but did not confirm whether the forward will do so.

“Yes, he is ready… so far there is no reason to think about Bobby, it’s about thinking about how can we line up in general differently. Could they [Firmino and Sturridge] play together? Yes of course,” the manager said.

“It’s just positive the impact Daniel had [against PSG]. It was an intense game, it was a fantastic game of him, to be honest, so that’s the best news and so now we know more about that.

“A lot of games will come, so it’s good to know about that and that’s why I was so pleased with the performance, because it could be players say ‘now I play but I don’t have the rhythm’, but he had minutes before that and a lot of good sessions, so he had rhythm and played really well.

“That’s good and how I said there are a lot of games to come and these two boys can play together as well - they did in the past, by the way, and they can do it again.”