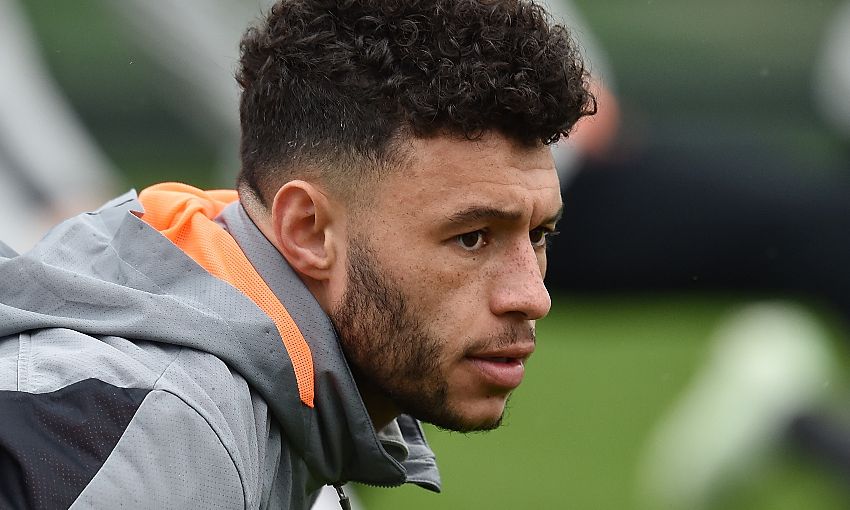 Alex Oxlade-Chamberlain has reached a morale-boosting milestone in his rehabilitation by being able to pass a ball again.

The Liverpool midfielder is expected to miss the vast majority of 2018-19 due to the multiple knee ligament damage he sustained during last season's Champions League semi-final against AS Roma at Anfield.

However, while making a special guest appearance on the latest edition of LFC Later, Oxlade-Chamberlain insisted he is ‘really positive’ regarding his recovery and revealed how being able to kick a ball again has lifted his spirits.

“It’s going well - very boring, very slow, very long, all the good stuff! But I’m making progress, which is obviously what we need. It’s just a long process and I just keep plugging away, but I’m in good spirits and I’m really positive about it,” the England international said.

“You just get into a routine [with] tunnel vision and keep going, setting yourself little goals and little things to achieve.

“I passed the ball the other day, not very well, but I started passing the ball and that was massive for me to be able to kick and know that my knee can kick a ball.

“Even though it was five yards, I’ve started working on stuff like that and it’s little wins like that that keep you going and keep you pushing forward to the next one.”

Hear more from Oxlade-Chamberlain on his rehab on this week's LFC Later, which is available regularly on LFCTV and on demand on LFCTV GO.