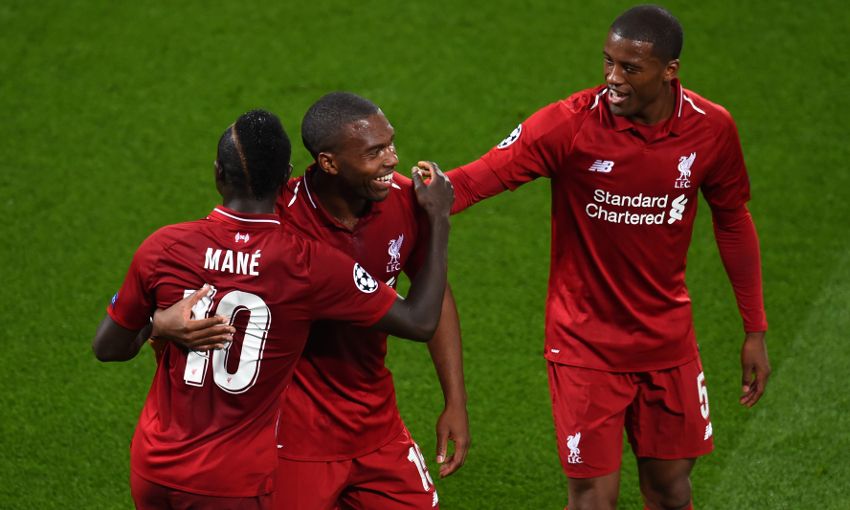 Daniel Sturridge's influence on Liverpool's win against Paris Saint-Germain was cited as the perfect example of the spirit in the squad by Andy Robertson.

With Roberto Firmino named on the bench following the eye abrasion he suffered the previous weekend, Sturridge was handed his first ever Champions League start for the Reds.

It was an opportunity the No.15 seized.

The striker’s 30th-minute opener in the 3-2 victory – a clinical header at the Kop end from Robertson’s cross – was the highlight of an industrious performance from Sturridge which showed the team-first ethic shared by every Liverpool player. 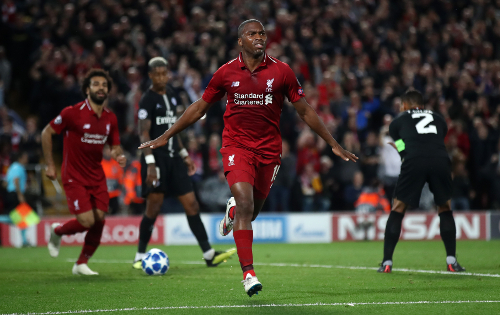 “Behind the scenes and at training we’re all hungry to go for starting places,” Robertson told Liverpoolfc.com after Firmino’s stoppage-time winner sealed three points to kick off Group C.

“Some people won’t play as much as they want, especially when it has been Saturday to Saturday and the gaffer has kind of stuck with his team.

“But we have got a lot of games coming up so everyone will be required.

“Studge sums it up – he comes on, plays 70 minutes and does unbelievably against a top side and two very good centre-backs. Credit to him and I’m sure all the boys sitting on the bench can look at him and they’ll make similar impacts when called upon.”

Inside Anfield: Behind the scenes of LFC 3-2 PSG

For the fourth Champions League appearance in a row, Sturridge was directly involved in a Liverpool goal and earned praise from Jürgen Klopp for a ‘super game’.

Firmino, meanwhile, climbed to joint-third in the all-time list of scorers in the competition for the club with his 12th – now behind only Steven Gerrard (30) and Ian Rush (14).

“Bobby got an unfortunate injury on Saturday and there’s Studge ready to go. I thought he was different class for 70 minutes, he was brilliant,” added Robertson.

“And then Bobby comes off the bench and scores. It shows you the quality we’ve got in the squad. I was delighted to get an assist and it was a great header by Studge to set us on our way.”