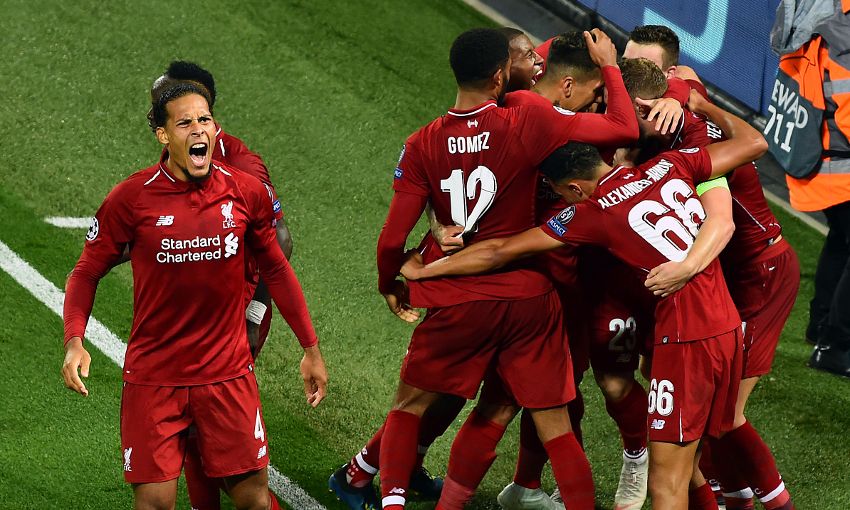 Liverpool's game plan to beat Paris Saint-Germain was underpinned by the belief they can make a strong challenge in the Champions League again this season.

Virgil van Dijk joined the Reds’ run to last term’s final at its halfway point, featuring throughout the unforgettable knockout stages en route to defeat against Real Madrid in Kiev.

The No.4 and his teammates laid down a marker of their intent in the competition this season with a frantic – but deserved – 3-2 win over Ligue 1 champions PSG at Anfield on Tuesday night.

What was the secret to their success against one of the tournament favourites?

“We have belief – you have to have belief,” said Van Dijk. “We want to do at least as well as we did last season. That’s a very hard thing to do, but you have to believe.”

Liverpool were undaunted by the task of thwarting the attacking trio of Edinson Cavani, Kylian Mbappe and Neymar, limiting the three to a single shot on target each.

While Mbappe did net to level the score late on, Roberto Firmino’s stoppage-time winner ensured it is the Reds who hold an early advantage in Group C.

“We’ve made a good start but we haven’t won anything yet. We need to show it every week – every three days – and keep going. But we’re obviously very pleased.”