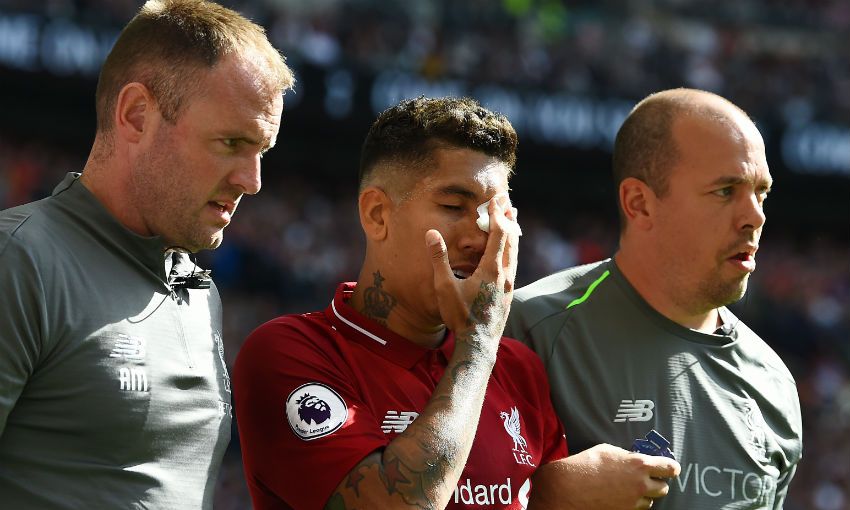 Roberto Firmino requires further assessment before a decision is made on his involvement in Tuesday's Champions League meeting with Paris Saint-Germain.

The Brazil international was forced off with a quarter of an hour to go in the Reds’ 2-1 victory over Tottenham Hotspur at Wembley on Saturday after sustaining an eye injury.

It was confirmed that evening Firmino had been discharged from hospital later in the day, with tests showing an abrasion but no lasting damage.

However, ongoing checks will be necessary to determine whether he can feature versus PSG, confirmed Jürgen Klopp on Monday.

Asked if the No.9 is available for the tie, the manager told Liverpoolfc.com: “No idea, to be honest. He is much better.

“We all saw the picture and we were massively worried. But all these worries are away so he will be fine. If he will be fine for tomorrow, I don’t know in the moment.

“We are obviously in close contact with him and it improved already – but in this moment I can’t say if he will be available for tomorrow.”