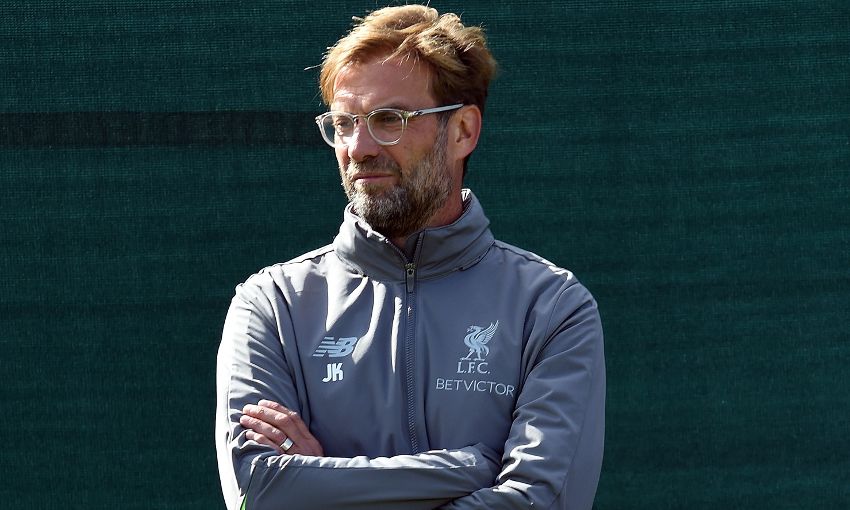 As Liverpool prepare to begin a run of seven games in just 23 days, Jürgen Klopp has acknowledged he'll be required to utilise the depth of his squad to navigate the upcoming period.

The Reds fielded the same line-up for the first three games of 2018-19 before making just one change last time out at Leicester City.

However, with a forthcoming streak of games that begins with a trip to Tottenham Hotspur on Saturday and is followed by Champions League encounters with Paris Saint-Germain and Napoli, the start of the Carabao Cup and Premier League clashes with Southampton, Chelsea and Manchester City, Klopp admits he’ll need to carefully monitor the condition of his players and make alterations to his starting XI along the way.

Asked whether Liverpool are likely to rotate their line-ups over the coming weeks, the boss told his pre-match press conference: “Of course, we have to. We will see exactly how we can do it.

“It is a big misunderstanding that we will plan for the game tomorrow and [also] think about the game after and the game after. That’s too complicated; you have to go into the next game and see who you can choose. That’s it – you always try to have your best team.

“It is clear, with numbers [from] games and all that stuff – we get so much information after a game, which you [the media] don’t have – you see how players react in different situations. We have to do that, we have to rotate – [but] I don’t know if we’d call it ‘rotation’.

“The first three games were the same line-up and then we changed one position. It is to gain the points, have a good start, to create the basis and all that stuff, it is not about looking at how is he and how he is. We used the players who had the longest pre-season pretty much; apart from Bobby, who came pretty late, they all had at least three weeks. The two up front, plus Bobby, and then all the others had a normal break pretty much.

“That’s good, they had a normal break and then started pre-season with us, so they were the most stable players in the squad and that’s why we used them. After four weeks, when the fitness levels looked quite OK – it got better and better for one player or another – then we had to send them away [on international duty].

“Now they have come back – the last ones came back yesterday – and today we train, then we make a line-up for tomorrow. Mauricio Pochettino has the same issue to get ready for the game tomorrow, that’s how it is. We all have to make constantly the best of what we’ve got.”

One area that may be subject to changes over the coming week is Liverpool’s defence.

So far, Trent Alexander-Arnold, Joe Gomez, Virgil van Dijk and Andy Robertson have started all four games, but with Dejan Lovren on the comeback trail after injury and Nathaniel Clyne, Joel Matip and Alberto Moreno all vying to come into contention, Klopp may have some decisions to make.

Quizzed specifically about Lovren’s potential comeback, the manager replied: “It feels like we have 500 games in the next seven weeks, so I hope I can make decisions!

“I really hope he [Lovren] is back as soon as possible and then when Adam [Lallana] is back as well – Ox takes a little bit longer, of course – then we will have the squad together for the first time and that’s, for us, very, very important for the next few weeks.”