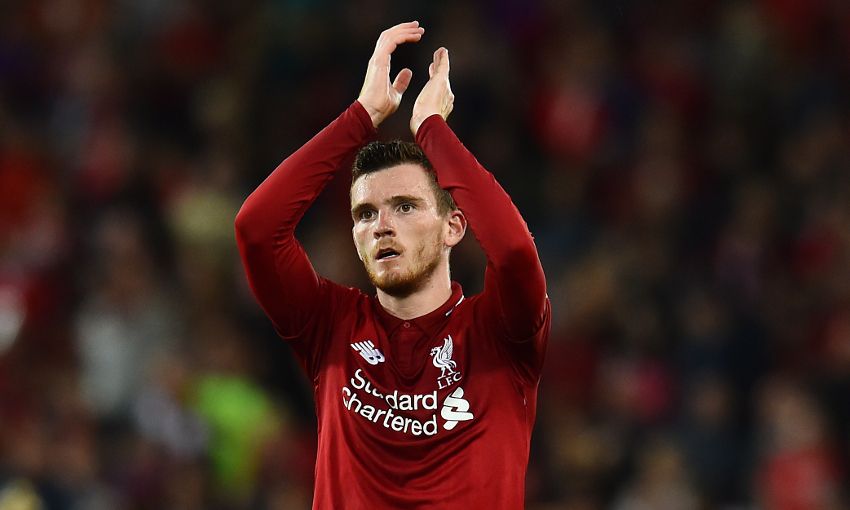 The Liverpool defender was appointed his country’s new skipper by coach Alex McLeish and led them on a frustrating night at Hampden Park on Friday, where Belgium claimed a 4-0 win in their friendly.

Despite that inauspicious start, Klopp tipped his No.26 to shine in the role and continue on an upward trajectory that has already established him as a Reds fans’ favourite.

“Andy is a fantastic fella. He is a very smart and nice person. He can be a leader in the future, 100 per cent,” said the manager.

“He is still young but he is a leader already and he will be even better in that in the future.”