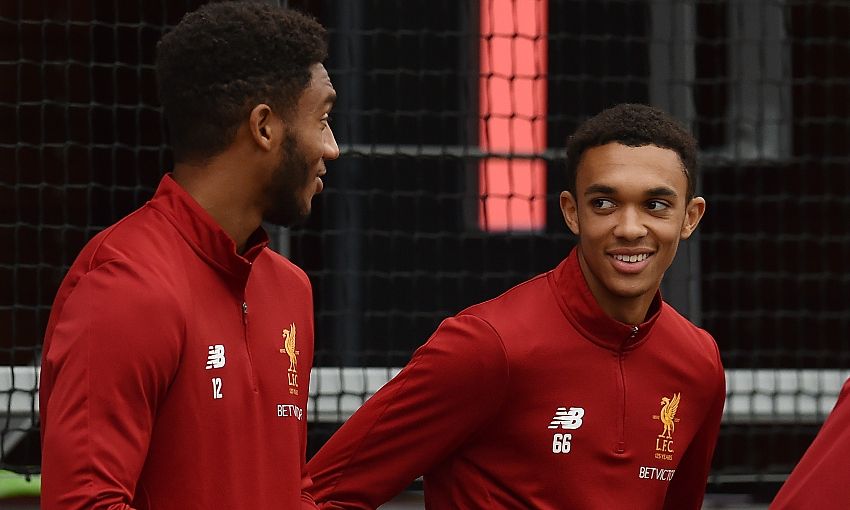 Joe Gomez cites his relationship with Trent Alexander-Arnold as a key factor in their progress for club and country.

The two defenders started each of Liverpool’s four successive Premier League victories before the international break and are now with England ahead of games against Spain and Switzerland.

Where they alternated duties at right-back last season, Gomez’s switch to the centre of the backline so far this term has allowed the duo to combine in the same XI.

But it’s the healthy competition that existed between them when sharing a role in 2017-18 which led to both being trusted at the top level, according to the No.12.

“He’s a top player. He has obviously got a joke of a delivery and it’s great playing alongside him,” Gomez said of Alexander-Arnold.

“Last year, we were both playing full-back and I think we pushed each other a lot. It was good that we both got the opportunity to get the games we did.

“This year, I’m playing alongside him – I’ve played in the centre and he’s on the right, we have a good relationship. I know his strengths and how good he is going forward and defensively. You think he’s quiet but he wants to win all the time.”