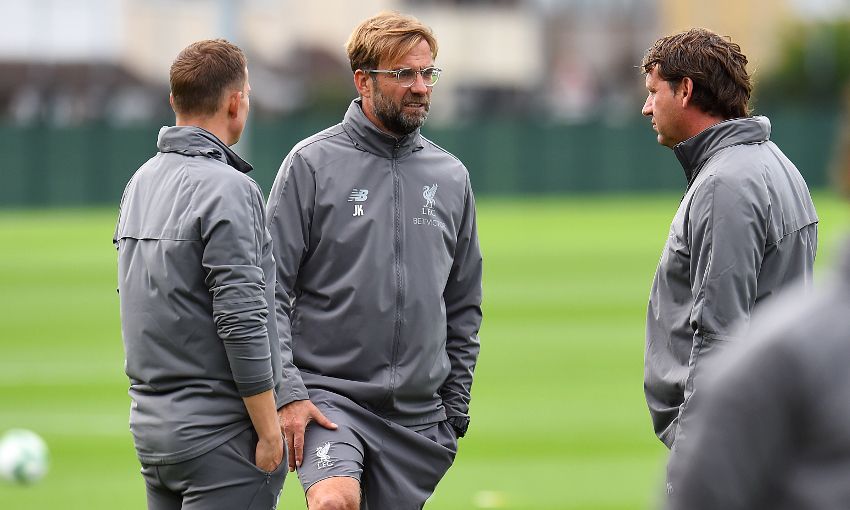 Liverpool's early-season habit of winning when not at their best bodes well for their long-term ambitions, according to Roy Evans.

The Reds took maximum points from each of their opening four Premier League matches before the international break to sit at the summit.

But after an emphatic 4-0 victory over West Ham United to start the campaign at Anfield, nothing came easy for Jürgen Klopp’s men.

Success at Crystal Palace was only assured in the last minute while the subsequent wins against Brighton and Hove Albion and Leicester City were secured by the preservation of a one-goal advantage.

But former Liverpool manager Evans sees the nature of those games as a positive – because the Reds will only get better as their fluency returns.

“So far this season it has been win, win, win – which is brilliant,” he told Liverpoolfc.com.

“We’re not playing at our very best, Jürgen has admitted that and I agree. We have not been brilliant but we’ve been a lot more compact.

“To win games on the days you don’t play so well, that’s a hint of saying you have a chance to win the Premier League because when we play well, which is most of the time, we win. And if we can add the results of the odd bad day to it, you’re going to be pretty close.”

Evans continued: “Jürgen has tried to keep his team more or less the same. He has been quite critical even when we have won: ‘This wasn’t us at our best, we can get better.’

“The World Cup takes a little bit of the legs out of some of your players but they’ll start to come into consideration and give us more on the day.

“But as starts go, you can’t ask for anything more and I do think we can get better. I think we’ll be up there with always two, three or four teams that have got a chance of winning it.

“Hopefully this is our year because I’ve waited long enough! We didn’t win the Premier League in my time or anybody’s time, unfortunately, so I’d like to see us win it.”

Klopp retained the same starting XI for each of Liverpool’s first three fixtures and then made a single change in the fourth, Jordan Henderson replacing Naby Keita in midfield.

“It’s competition for places,” added Evans. “You don’t give players a place in your team just because they’re part of your squad.

“Sometimes you have to say: ‘You have to show me in training sessions that you’re better than what’s in the team at the moment.’ If we get that right it can only make us better and Jürgen is on top of that.”