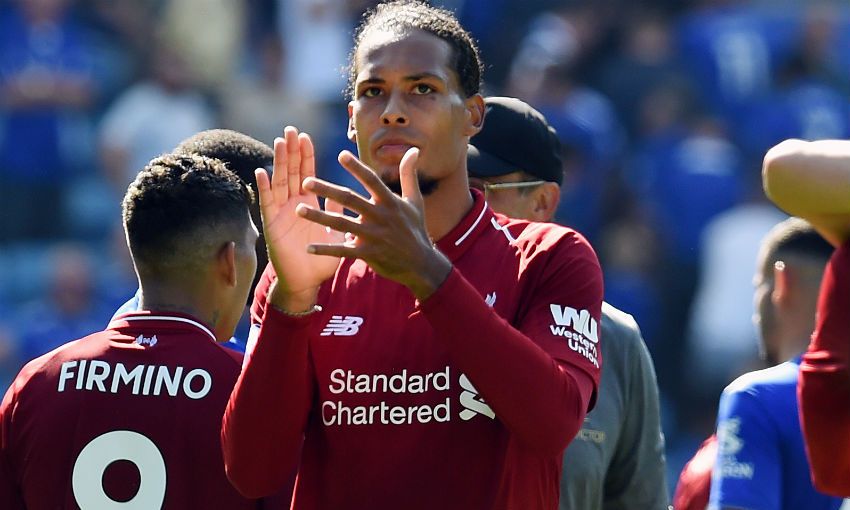 Goals before half-time by Sadio Mane and Roberto Firmino put the Reds in charge at the King Power Stadium on Saturday, but the Foxes fought back after the interval and pulled one back through Rachid Ghezzal midway through the second period.

However, the visitors remained resolute and held on to become the first Liverpool side of the Premier League era to take 12 points from their first four matches of the season.

Highlights: Mane and Firmino earn the points at Leicester

The Dutchman told Liverpoolfc.com: “Those moments are very important. You need to get the win over the line and they’re going to try everything, especially at the end. We need to be on our toes, be ready, and it’s good that we are.

“We had moments that we needed to do much better, but we should be pleased with the win.

“We should not be pleased with the way, at times, we played. We should’ve done much better and made it a bit easier for ourselves, but overall some of the players today have been outstanding and we got the win so we’re happy.”