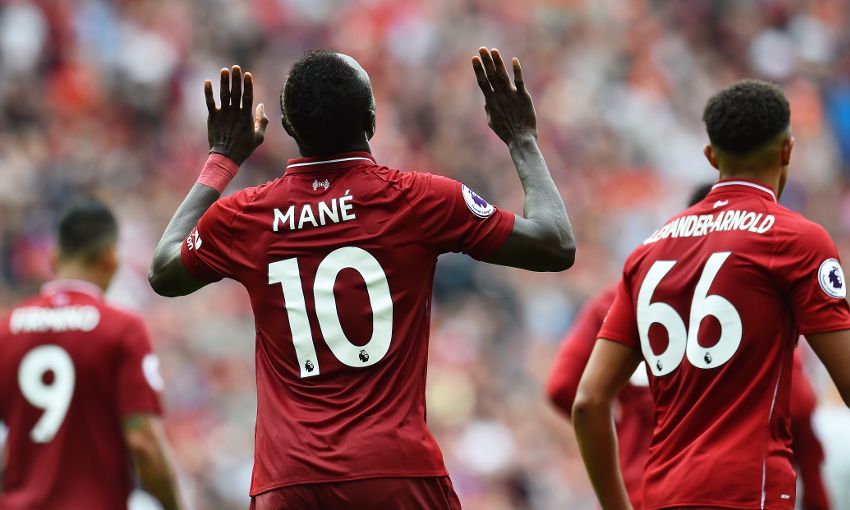 A fourth successive win of the season at Leicester City would be a 'massive' way for Liverpool to sign off before the international break, according to Sadio Mane.

The Reds journey to the King Power Stadium on Saturday to defend a to-date flawless record since the Premier League campaign kicked off earlier this month.

Victories over West Ham United, Crystal Palace and Brighton and Hove Albion, each without conceding a goal, have made Jürgen Klopp’s team the very early pace-setters in the division.

But Mane is determined to extend that winning streak further by beating the Foxes before the pause in domestic football – in whatever manner is necessary.

“It would be a massive win for us. To win before the international break, we know how important it is for us. We are all looking forward to the game on Saturday,” the No.10 told Liverpoolfc.com.

“They are a very good team, a football-playing side. They will not stay deep. They will try to play for a win; that is a good sign for us because we love to play against these kinds of teams, who want to win against us.

“We’re going to try to do everything and win there.”

The Senegal international put the seal on a 2-0 result in Liverpool’s only previous away outing of the season so far, against Palace at Selhurst Park.

In stoppage-time, Mane raced clear from Mohamed Salah’s pass, maintained his balance to hold off a recovering defender and round the goalkeeper, and slotted home.

“It’s something natural,” he said of a breakaway strike that has become a regular feature of the Reds’ attacking play in recent times.

“We are used to it in training so of course in the game it comes naturally. So it was natural to score this kind of goal – we have speed and we use it in the game.”

The 26-year-old, who netted 20 goals in 2017-18, had already kick-started this season by notching a double in the opening-weekend win against West Ham.

Satisfying statistics all round, then, but Mane is not patting himself or any of his teammates on the back just yet.

“The team is working unbelievably and that’s the most important thing for us. We try to take it game by game until the end of the season.

“I’m working every single day, harder and harder, to get better and better. It’s a good sign for me. I will not stop working and I will keep going to get even better and to help the team more.”

Liverpool’s preparations for the clash with Leicester involved something a little bit different earlier this week at Melwood.

For their second session of the day on Tuesday, the squad was randomly allotted into four teams of seven players for a tournament out on the training pitches.

The rules were simple: each side faced the others twice apiece in five-minute matches; the winners would take bragging rights, the losers would head into the kitchen to bake carrot cakes for their teammates and the coaching staff.

“It was tough because no-one wanted to make cakes!” said Mane when this interview took place the next morning.

“So everybody was fighting like crazy. We finished second so we were a lucky team – we’re not making cakes for anyone but we’re going to eat it!

“You can see the quality of the team and how people are fighting to be involved in the team. We are Liverpool and we have a great team with great quality. That can help the team to move forward. It’s important to have this kind of squad.”