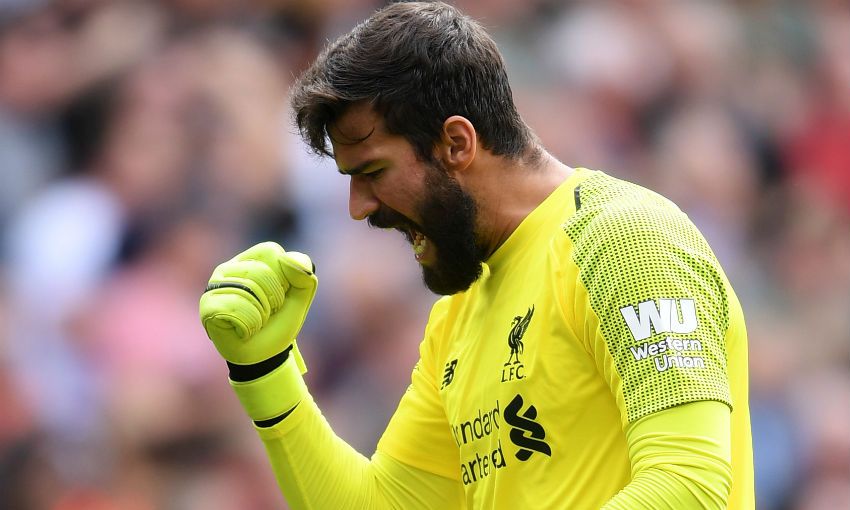 Alisson Becker's performances in his embryonic Liverpool career have been summed up as 'brilliant' by Andy Robertson.

The goalkeeper made it three clean sheets in as many Premier League games for his new club as the Reds beat Brighton and Hove Albion 1-0 at Anfield on Saturday.

Shutouts in victories over West Ham United and Crystal Palace preceded the game versus the Seagulls, in which he made a vital late reaction save to ensure his team picked up another three points.

That stop from Pascal Gross’ header came after Alisson had displayed ice-cool composure and no little technique by chipping the ball over Anthony Knockaert’s head outside his area to thwart an earlier attack. 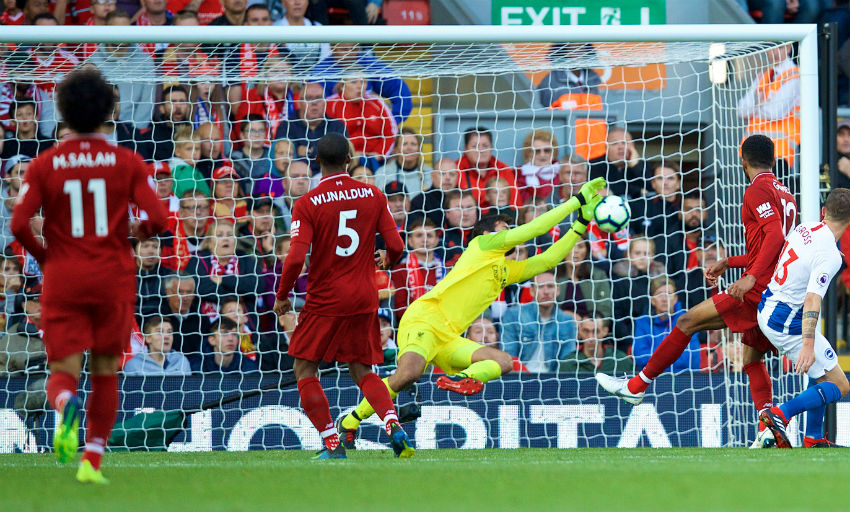 And Robertson believes the Brazil international’s influence on Liverpool’s side is already evident.

“He’s a real presence at the back, you can see him coming out for corners and crosses and you’ve seen his wee chip got applause from the crowd, but I’m not sure if the gaffer wants to see that too many times!

“But fair play to him and that’s the confidence he’s playing with and it breeds onto the defence. When we needed him he came alive and palmed it away. Fair play to him so far, he’ll be delighted with three clean sheets and long may it continue.”

Watch: Highlights of the 1-0 win

The Reds sit top of the Premier League table after continuing their 100 per cent winning start to the campaign courtesy of Mohamed Salah’s expertly-taken first-half finish against Brighton.

Robertson acknowledged that Jürgen Klopp’s side did not hit top gear on Saturday, but maintained that such hard-fought results will prove crucial as the season progresses.

“If we’re being honest we probably weren’t at our best but these are the games that are so important to win, because when you’re not at your best and it’s not quite going according to plan then it’s important to go in front and obviously that’s what Mo did for us,” the Scotland international said.

“Then we kept another clean sheet, which is so important. Brighton, I think they showed what a good team they are against Man United last week and they continued it.

“They came here and played football, they caused us problems, but we stood up to it and when we needed the goalkeeper he produced some really good saves. So we’re happy with the three points, but the performance could’ve been a lot better.”

Liverpool have already shown themselves able to win in different ways this term, with a free-flowing 4-0 victory over West Ham on the opening weekend being followed by battling successes against Palace and Brighton.

And that, Robertson insisted, is an important quality to possess.

“West Ham was an all-round good performance from start to finish - for the first game of the season you couldn’t quite imagine it going better,” the No.26 continued.

“Crystal Palace away is always a tough place to go and we grounded it out. Today we were probably a wee bit sloppy, the passes weren’t quite flowing as much, but we still created a lot of chances and on another day it could’ve been three or four.

“But we’ll take the 1-0 and we move on with another three points and nine points from nine. It’s all positive so far, but we know we’ve got to keep getting better.”