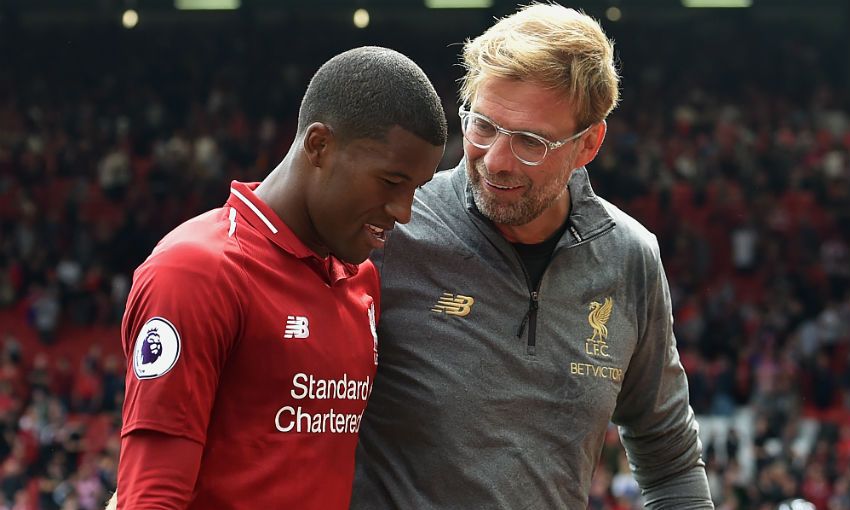 Georginio Wijnaldum has revealed what Jürgen Klopp demanded of him ahead of this season.

Both of Liverpool’s Premier League games so far this term have seen the Netherlands international deployed at the base of the midfield, with James Milner and Naby Keita afforded more license to attack in the wins over West Ham United and Crystal Palace.

Following the 4-0 opening-day victory against the Hammers at Anfield, Klopp commented that Wijnaldum is ‘ready to make the next step’ in terms of his development.

And the 27-year-old has offered details on the regular discussions he has with the boss regarding how he can improve.

“He said that I have to be more involved in games [this season], and that there was too many times that I was not involved and that it was easier to play a bad game [because of that],” Wijnaldum told Liverpoolfc.com.

“I was busy with that and last season he was really busy with the No.6 position while my head was in the No.8 position!

“But he said that’s also the next step, that you can play in more positions than only one because you have the qualities to play there and you can help the team to do better.

“I speak a lot with him about it and he makes me also aware of what I have to do to become a better player or to make the next step.”

Adapting his game to fulfil the ‘No.6’ role for the Reds was a feature of Wijnaldum and Klopp’s talks last season.

So, the fact the manager has entrusted him in that position in the first two games of the current campaign must please the Dutchman?

“It’s not always easy because everyone knows what kind of manager Jürgen is: he always wants to see 100 per cent, he doesn’t want players to give 80 per cent, even in training.

“So sometimes it’s difficult because every day you have to give everything to become a better player. It’s not always easy but I think it’s good for the players because he wants to help you get better.”

Having to curb his attacking instincts is a facet of the deeper role Wijnaldum is still getting used to, but that is not taking away from his enjoyment of playing there.

“It went good. You can always do better but I think it’s a good start,” was the No.5’s assessment of his performances against West Ham and Palace.

“I think it went well [playing in a three with Keita and Milner]. It’s more difficult than it looks because sometimes on the pitch I also want to run forward and to help the attack as well and even score a goal, but when you’re playing in that position it’s not always possible so you have to keep the balance between the attackers and the two No.8s and the defence.

“That makes it hard because I am from origin a player who wants to run forward and try to go with the attacks, but now you have to look more around yourself, look if the players are in the right position.

“For example, if James goes and Naby goes also, there’s no place for me to go also so I have to stay. If one of those two stays then I can go. But I enjoy playing in that position, it’s going quite well.” 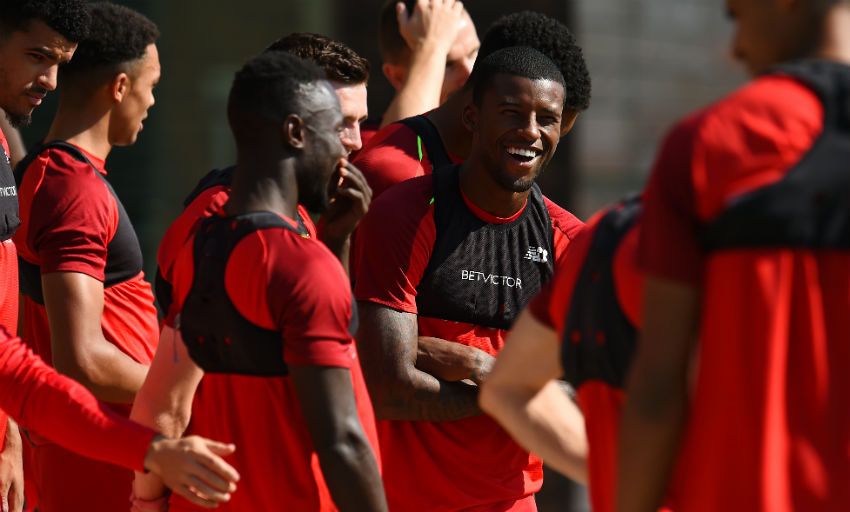 Klopp has a wealth of options across all areas of the pitch available to him this season, and Wijnaldum senses a healthy competition for places every day at Melwood.

He stated: “Yes, I think [the competition is there] especially at the start of the season because everyone wants to play, everyone is fit and fresh so everyone is fighting for their place and I think that’s a good thing.

“It’s a thing that suits Liverpool. Liverpool is a big club and if you go to the other big clubs like City, Chelsea and Manchester United, you also see that they have for one position a few players.

“It’s good for the competition because you keep each other sharp and you have to do well, otherwise you are going to lose your place.”

Fancy watching Liverpool in style against Brighton at Anfield on Saturday? Hospitality tickets are still available>>>