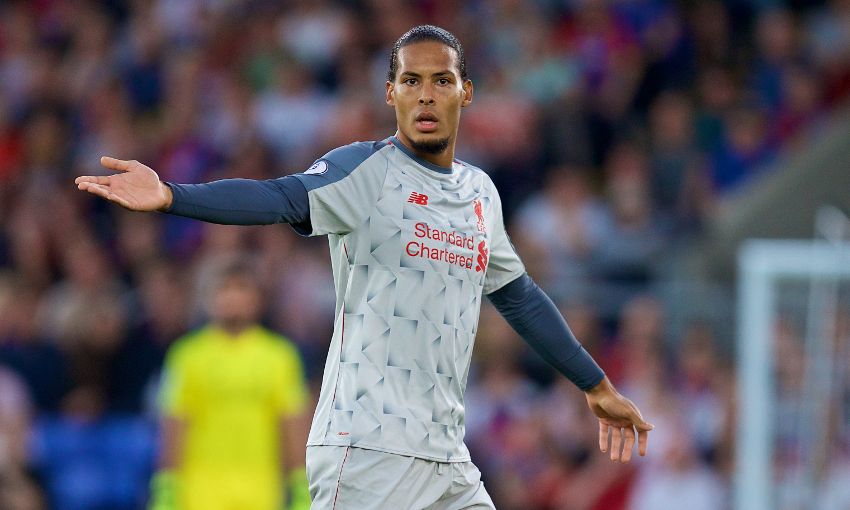 James Milner netted a penalty and Sadio Mane was also on target as Liverpool made it two wins out of two in 2018-19 by beating Crystal Palace 2-0 on Monday night.

The Reds followed up their 4-0 rout of West Ham United at Anfield on the opening day with a victory in their first away game of the Premier League season.

Here is what the media made of the success at Selhurst Park...

It's early days but the joyous celebrations in front of the travelling Kop spoke volumes. This was a massive win for Jurgen Klopp's side. An assignment laced with danger at Selhurst Park was passed with flying colours. The Reds were far from their fluent best but they dug deep to inflict Crystal Palace's first defeat since March and keep pace with champions Manchester City. After the free-flowing masterclass against West Ham on the opening weekend, Liverpool showed the other side to their game in the capital. This was all about guts, spirit and defensive resilience as they ground out a precious three points. Virgil van Dijk was immense as the Reds made it two clean sheets from two matches. The Dutch centre-back was a commanding presence and young Joe Gomez once again excelled alongside him as they nullified the threat of Wilfried Zaha and Christian Benteke. Behind them, Alisson Becker dealt with everything Palace threw at him on his true introduction to English football. You get what you pay for and the Brazilian keeper is a £65million class act. He oozed composure and made some big saves. The club's shrewd summer transfer business has addressed areas of glaring weakness and this is a squad capable of taking the “next step” Klopp craves after the agonising near misses of recent years. There's silk but there's also steel. There's plenty of inspiration but it's coupled with an abundance of perspiration. It's on nights like this that the unity Klopp has fostered shines through. No tears on a Monday night at Selhurst Park this time. This triumph is a significant signpost about where this team are heading.

There was no goal for Mohamed Salah here – though he had a vital hand in both – and none for Roberto Firmino either. Mane raced clear at the end to notch his third of the season, but this was not a game for Liverpool's front three to steal the show. Instead, Klopp will look to his other heroes. To Alisson Becker, who was as assured as can be on his first Premier League away start. The goalkeeper's ability to pass the ball began several Liverpool counterattacks, while he made a crucial save at 1-0 to keep out Luka Milivojevic's free-kick. His handling, whether under high balls or skidding shots, was faultless. "Outstanding," Klopp said. In front of him, Virgil van Dijk did what Virgil van Dijk does, winning header after header against Christian Benteke and ensuring that the Reds' penalty area was kept secure and that their attacks had a starting point. What a class act the former Southampton man is, what a difference he has made to this team. Benteke has been a thorn in Liverpool's side many times in the past, but he was pocketed here by the Dutchman. As Palace chased the game, the Belgian was taken off. He looked relieved. Alexander Sorloth, his equally physical replacement, had no joy either. Alongside Van Dijk, Joe Gomez underlined his emergence as a serious centre-back option for Klopp this season. The England international made one crucial tackle to thwart Wilfried Zaha in the first half and seems to be growing into the role alongside his £75 million colleague. Dejan Lovren will expect to return once fit, but the issue is less clear now than it was a fortnight ago.

This 2-0 win was a testament to Liverpool's patience, maturity and clinical edge when it mattered. They stood up to Palace's thumping physicality, worked hard to get through their packed ranks, and took their two best chances to win the game. Palace continued to push, even with 10 men, throwing on new boys Alexander Sorloth and Max Meyer. But in truth they never looked like scoring and with so many men pushed up, it was no surprise when another Liverpool break down the middle killed the game. Palace's corner was cleared, Salah broke away and found Mane inside his own half. Van Aanholt tried to do what Wan-Bissaka did to Salah but was not quick enough. Mane stayed on his feet, swerved past Hennessey and tucked the ball in. Liverpool had to wait and fight for that second goal, but it was all that they deserved.

Jürgen Klopp was full of praise for Virgil van Dijk and Alisson Becker after Liverpool earned a 2-0 win at Crystal Palace that owed more to defensive solidarity than the 'heavy metal football' for which his sides are famed. The Reds were made to battle to maintain their 100% start to the season at Selhurst Park, keeping a Palace attack brimming with pace and creativity at bay before scoring in the final moments of each half to collect all three points. Van Dijk was crucial to the visitors' defensive solidity, winning the majority of his individual battles – most of which were aerial – with Christian Benteke and his replacement Alexander Sorloth. And Klopp believes the Dutchman's £75m price tag is starting to look cheap off the back of such performances. "I don't know a lot of defenders in the world that can defend Christian Benteke 100 per cent of the time, clearly without a foul," the German said. "It was very important that Virgil was there with that kind of presence. [His performance] was really, really good. It's obvious. Quality costs a specific price. With cars it's the case, and with players too. Nobody thinks about it now. He's a player in this market who is worth it, and maybe now people think he was too cheap! He loves playing with these boys, and that's the most important thing." Aside from some excellent distribution, Alisson's key contribution saw him claw away a Luka Milivojevic free-kick in the second half to protect Liverpool's one-goal lead. The Brazilian also produced a remarkable reflex save from an offside Benteke header and dealt convincingly with high balls into his box – much to Klopp's delight.