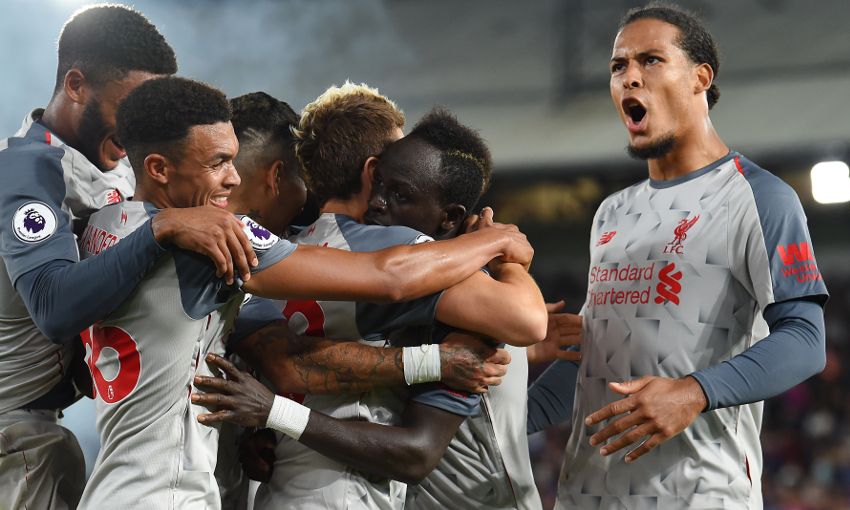 In an absorbing and incident-packed encounter at Selhurst Park, it was Jürgen Klopp’s side who produced the game’s most decisive moments – a James Milner penalty in the first half and Sadio Mane’s breakaway goal in stoppage-time.

But the visitors had to weather consistent pressure from the Eagles on the night, with Van Dijk and Joe Gomez a resolute central defensive wall to deny Roy Hodgson’s team.

So it is no surprise the Dutchman was delighted immediately after the final whistle.

“It was very important to win here. We know how difficult it is to come here, so to win and keep a clean sheet as well, I’m a very happy man,” the No.4 told Liverpoolfc.com.

“I think we had very good moments but also moments that need to be better, especially in ball possession, but overall we need to be very happy that we won here.

Liverpool’s positive beginning to the new season has been a continuation of the progress that carried Klopp’s men to the Champions League final last term.

Consecutive top-four finishes have bred confidence as the manager added strength in depth, and personality, to an already tight-knit squad.

“That’s key as well. For success you need to do it all together, you win and you lose together,” said Van Dijk.

“But obviously we are trying to work hard every day and hopefully we are going to keep on building on this and just keep going – that’s the only thing for it and be positive.

“Obviously we know it is going to be a very tough season so we need to be confident but not underestimate anyone. We will just recover from this and be ready for the next game.”