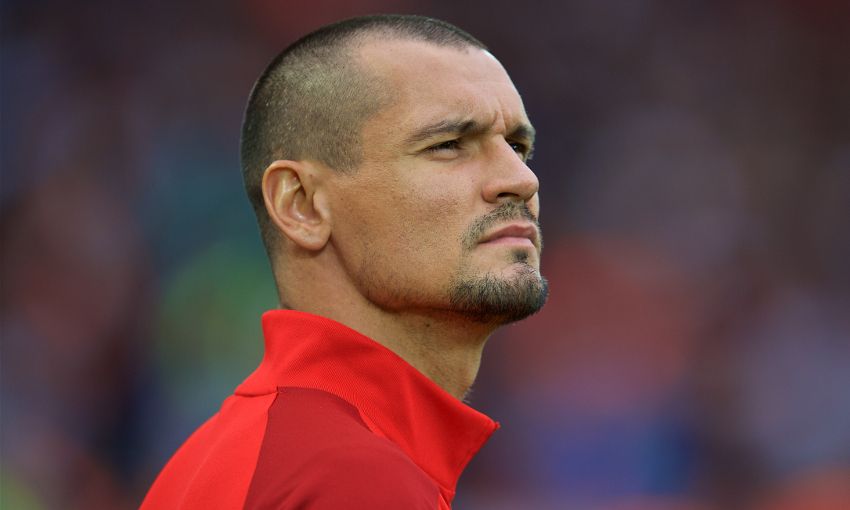 Jürgen Klopp has confirmed Dejan Lovren is facing a short spell on the sidelines due to a pelvis issue, but doesn't expect to be without his services for too long.

The centre-back, who returned to Melwood earlier this week to begin pre-season preparations after helping Croatia to the World Cup final, is likely to miss Liverpool’s upcoming fixtures due to the problem.

However, Klopp is anticipating Lovren will be back in training shortly, telling his post-match press conference following the Reds’ win over West Ham United: “He is not fit. Let me say it like this, last year he already had a few problems with that but he could obviously play - and played really good.

“Recovery days were always enough then it was not a problem and he was in the next session again. We did not train a lot in the end of the season, of course, because we were more or less constantly playing, but he played constantly.

“Now in the World Cup, [playing] three times [for] 120 minutes it got a bit worse, but I am pretty sure it will settle in the next one, two or three weeks. In that time he can probably for sure train already, but not the full programme, so that will then take time.

“In the end, it is serious but not that serious, so it’s not that we need to be afraid that it will take him until whenever. In the moment he is not available, that’s true.”