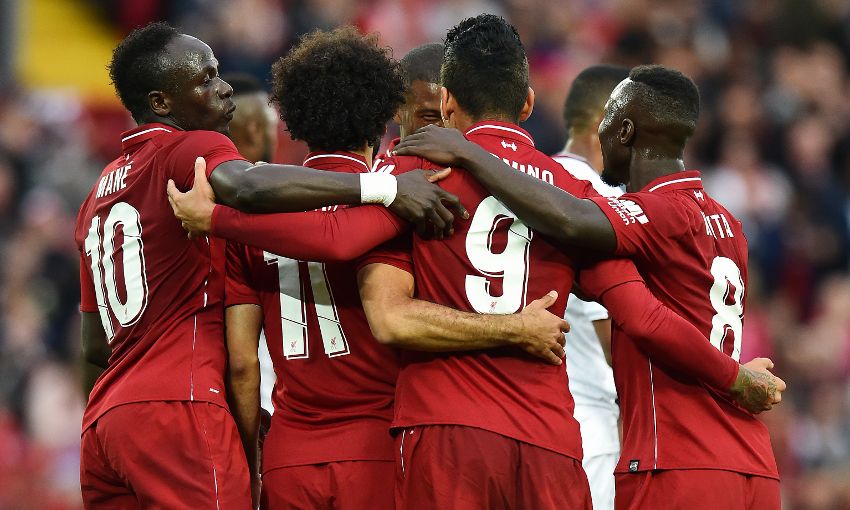 Jürgen Klopp discussed a range of subjects during his first pre-match press conference of the Premier League season on Friday.

He provided the latest team news, including an update on Fabinho’s fitness, and confirmed further outgoings are likely in the remainder of the month.

The Liverpool manager also spoke about the increased expectations on his team after their summer transfer investment and their own ambitions for the campaign.

Daniel Sturridge, Alisson Becker and the latest batch of Academy talents were among the other topics during the media briefing at Melwood, too.

Read on for five key points from Klopp…

It’s not often that you hear a manager reference the Rocky films when discussing their team but Klopp used the boxer – and his character - for an analogy to explain the challenge Liverpool face to topple champions Manchester City and the rest of their rivals this season.

“The plan is that we really go for it. We want to be, it’s clear for ages, champions of England. But what about the other clubs? The champions are Manchester City; they didn’t lose any player and they brought in [Riyad] Mahrez, so that doesn’t make them weaker. We are still Rocky Balboa and not Ivan Drago. We are the ones who have to do more and fight more – that must be our attitude.”

Having followed up their second successive top-four finish, and a run to the Champions League final, by signing four new players this summer, excitement and expectation has risen around the club.

But they still have to deliver on the pitch, according to the boss.

“My own expectations are always pretty high: make the best out of it, get everything out of it, try to reach the highest. It’s pretty normal that there would be one point where we spent a bit more money. In the last few years I sat here and had to defend our transfer behaviour: that we sold more than we brought in. But that all made sense – we had to create a squad which is strong enough and wide enough to cope with the Premier League and to be as successful as possible.

“Step by step, we come closer. People ask me already if it’s the best squad I’ve ever had. I don’t think about that because it’s not what we have now, it’s about what we make of it, how often we deliver, how often we bring ourselves in a mood to fight against all these Premier League teams who all want to have our points. We have to be ready to fight.”

Though the phrase ‘like a new signing’ has drifted towards cliché, it does feel true in the case of Daniel Sturridge, who struck six goals in pre-season.

When Klopp was asked about the striker – who spent the second half of last term on loan at West Bromwich Albion – and specifically his future with the club, he delivered another unequivocal answer.

“I can’t remember a bad game from him in the pre-season, to be honest. That’s absolutely good. I said it probably 500 times already: if Daniel is fit, nobody doubts Daniel. So, I do not. He is here in a good shape and hopefully he can bring that into the season as well.” 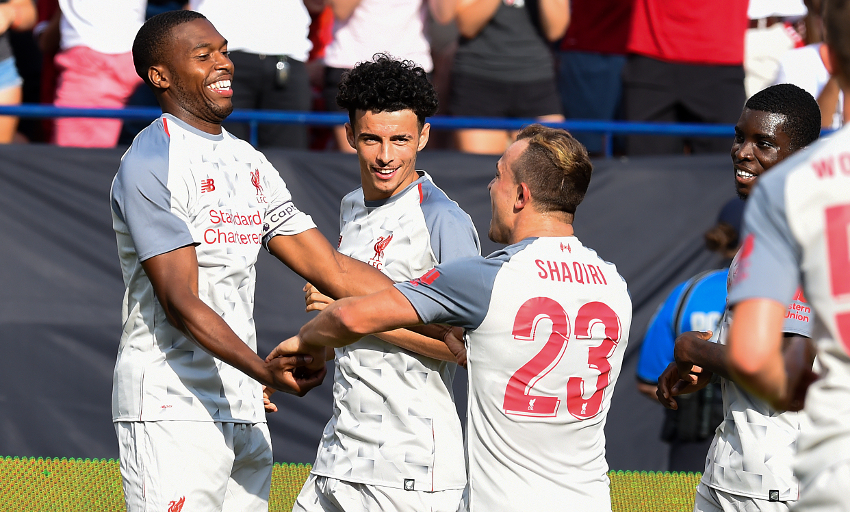 Alisson Becker is in line to make his competitive debut on Sunday after appearances in the friendlies against Napoli and Torino since starting life with Liverpool.

The manager was quizzed on how the Brazil international can go about making an impact on the Premier League, and had some very straightforward advice.

“Just be yourself in this case because he is a very calm person, very laidback during the week. He is completely different on the pitch but around the pitch he is like that. Being a Premier League player you need to tick a few boxes; as a goalkeeper it helps if you are calm. It’s about making the right decisions in the right moment. He has settled really quickly. He has been in for two weeks [but it] looks like he has been in for much longer.”

‘We want to have them in the team’

An encouraging thread of the Reds’ pre-season was the development of Rafael Camacho, Curtis Jones and Nathaniel Phillips, who each featured regularly.

And, all being well, the story won’t end there for the trio, with Klopp hopeful they can continue to meet the requirements and ultimately make the grade at Anfield.

“It was a brilliant time for them, I’m pretty sure they would not say differently. These three players were part of pretty much all the sessions we had, which is quite impressive. That helped them a lot, 100 per cent. Now it’s about dealing with it. We are close. They know what we expect and that we really care about them and try to help them. At one point we want to have them in the team.”