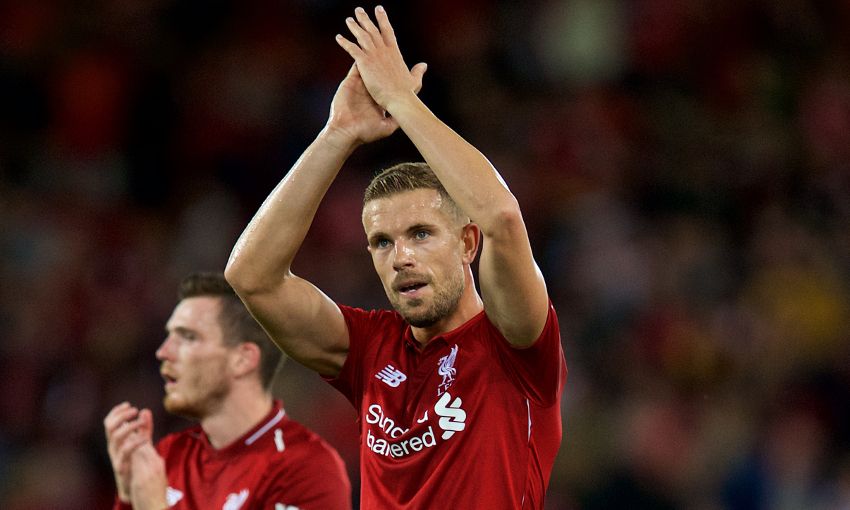 The competition for places in the Liverpool squad will raise the team's level further this season, according to Jordan Henderson.

The Reds captain returned to club duty on Sunday with two new midfielders in the ranks following the arrivals of Fabinho and Naby Keita this summer.

Spots in the starting XI are set to be fiercely contested in the coming campaign as a result – a situation that Henderson insists is a positive.

“There’s competition everywhere. All over the pitch we’ve got two or three players in the same position,” he told Liverpoolfc.com after the 3-1 win against Torino at Anfield.

“It’s good competition. Everyone is pushing each other on in training to start. And if you don’t start you have to be ready to come on and make an impact.

“I have only been back for a couple of days but I sense how hard the lads have worked and they are right up at the standard that they need to be at to go flying into the first game of the season.

“So, I’m looking forward to it. And I feel as though we have got a fantastic squad. But it’s down to us to go out and do the business.”

Klopp noted that the skipper ‘looked like he trained for the whole three weeks’ when he came back to Melwood at the weekend, which prompted the decision to give him minutes.

But the No.14 is not taking anything for granted regarding the Premier League opener against West Ham United this Sunday.

Asked if he is keen to play in the game, Henderson replied: “Yes, but at the same time I understand the lads have been back a lot longer than me and they have had minutes on the pitch.

“Even though I did a lot of training when I was away, and I feel good, it’s totally down to the manager and what he feels is right for the team.

“Because at the end of the day we want to win something this year and be successful – so we are going to need everyone.”